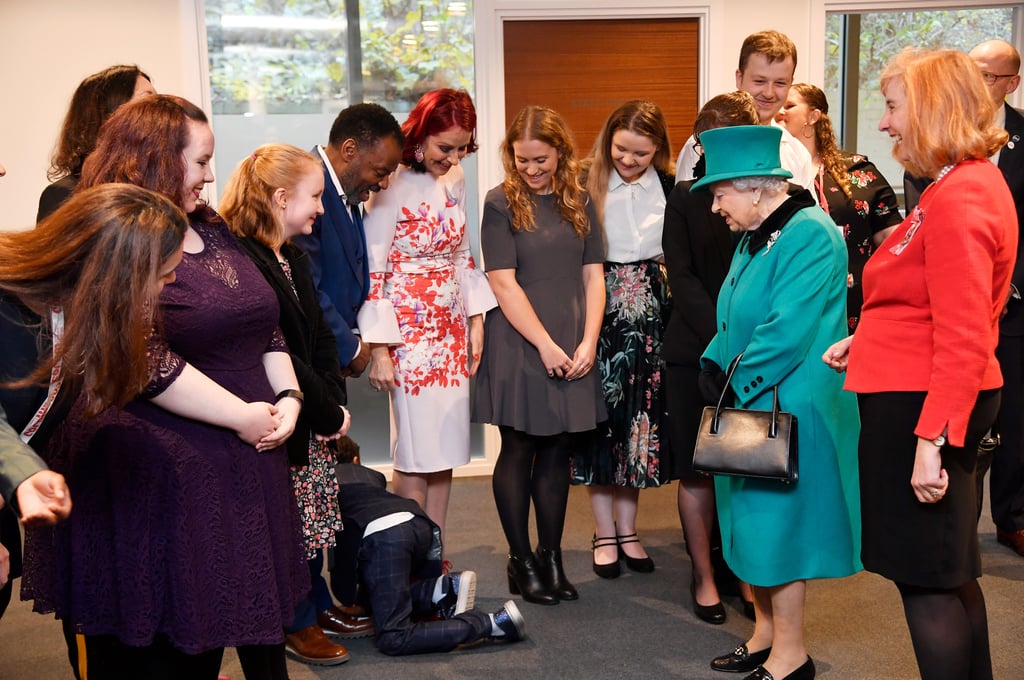 We get it; the idea of meeting a royal can be extremely intimidating and sometimes daunting, especially if we're talking about Queen Elizabeth II. She is the ruling monarch of England, after all. During the queen's visit to Coram on Wednesday, a 9-year-old boy named Nathan Grant was so overwhelmed by meeting the royal that he immediately dropped to the floor and crawled away from her. Once Nathan got to the door, he turned around and shouted, "Bye!" Still, the best part of it all was that the queen seemed totally unbothered and moved right along to greet the next person in line like a true professional.

Coram was established in 1739 and is the UK's oldest children's charity. During the queen's visit, Elizabeth opened a new center and spread holiday cheer as she helped kids decorate a Christmas tree. No word on whether Nathan participated.

Related:
God Save the Queen and the Rest of the Royal Family For Giving Us Good Laughs in 2018
Previous Next Start Slideshow
The RoyalsQueen Elizabeth IIThe British Royals