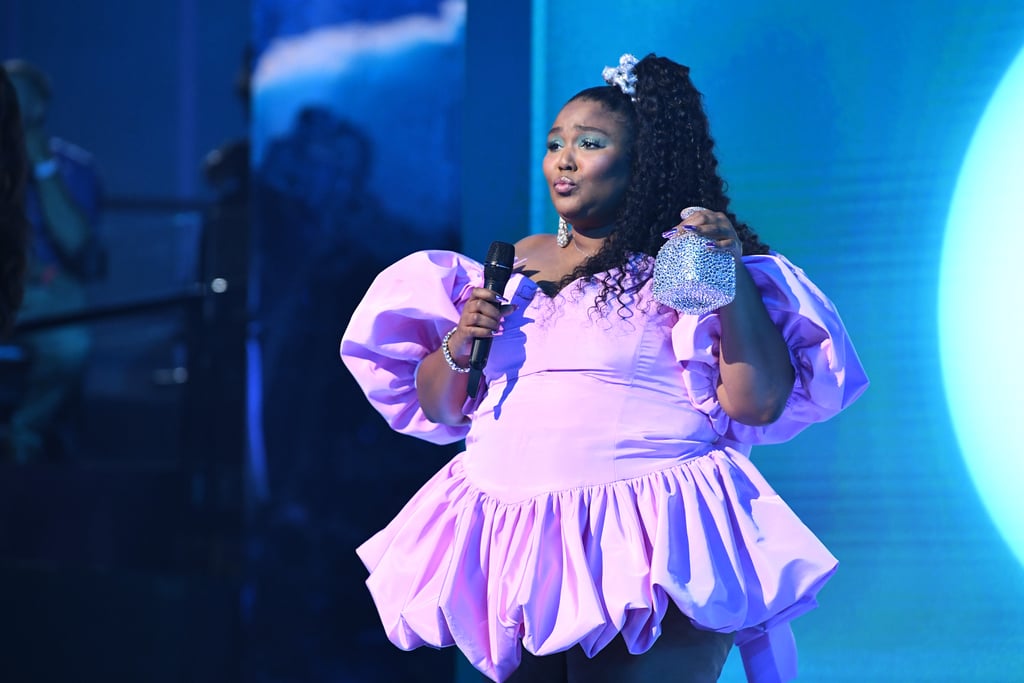 Lizzo didn't wait until the afterparty to celebrate her MTV VMAs debut. During her performance of "Truth Hurts" and "Good as Hell," the singer took a swig from a custom bedazzled bottle of Patron by Sparkyle Studio, which she continued to tote around throughout the evening.

While the bottle may have been empty during the performance, Lizzo revealed in an interview with Entertainment Tonight that it did indeed contain tequila when she later went to present an award. "Here's the tea: I wasn't allowed to have a full bottle of tequila so we had one shot. I took the whole shot on accident right before my speech," she said. "So, I was lit. Whatever I said, I don't remember." Check out photos of the best accessory of the evening ahead.

Lizzo
Sing It, Sasha! Lizzo Played "Rumors" Live For the First Time, and Her Flute Solo Was Exquisite
by Chanel Vargas 17 hours ago

Yara Shahidi
Yara Shahidi Left the Emmys Early, but She Had a Pretty Good Excuse
by Njera Perkins 23 hours ago

Emmy Awards
So, Apparently the Emmys Were Exempt From Local COVID-19 Rules
by Victoria Messina 2 days ago

by Sarah Wasilak 36 minutes ago