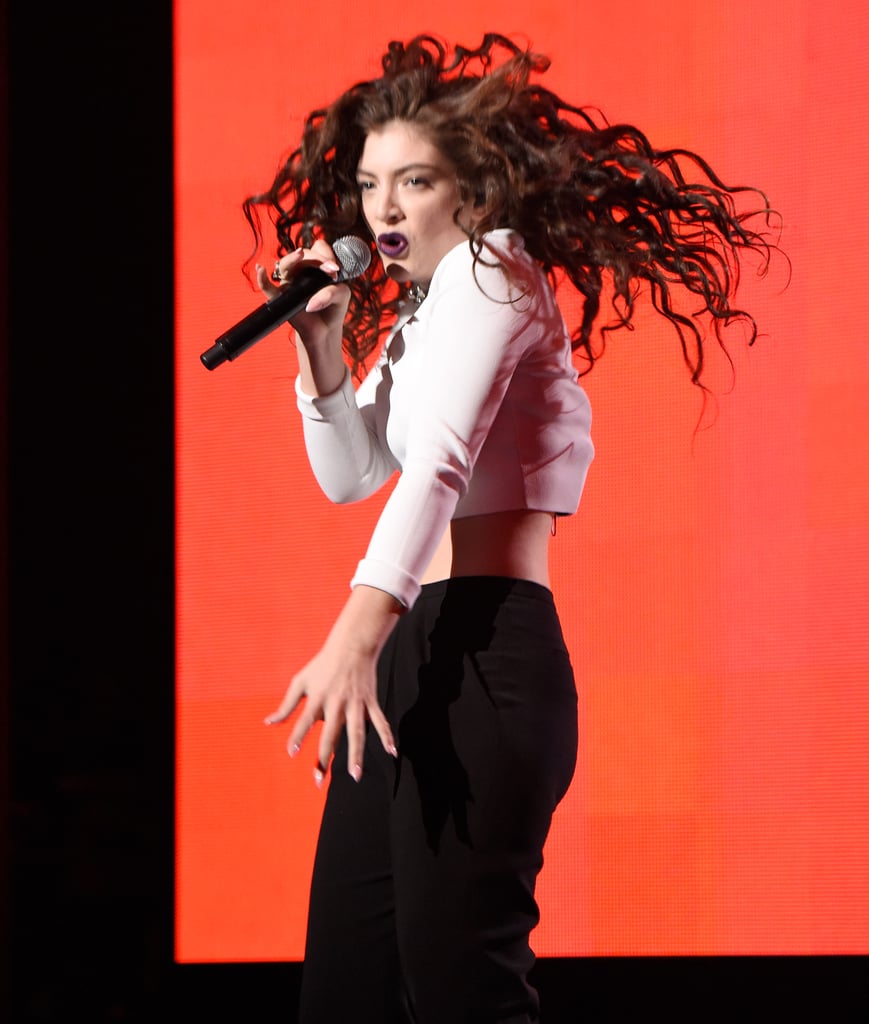 Here Are All of Lorde's Crazy Dance Moves From the AMAs

Lorde may have missed out on snagging any big trophies at the American Music Awards on Sunday night, but she walked away as the clear winner of both onstage and offstage dancing. While Lorde's close friend Taylor Swift is known for her adorable audience-dancing moves during award shows, it appears that she's passed on her shuffling skills to the Kiwi musician. (Taylor, meanwhile, was too busy getting emotional during the show to really show off her dance moves.) Lorde rocked out with Jessie J during "Bang Bang," dominated the stage during her own performance of "Yellow Flicker Beat," and even tried to awkwardly shuffle around during Pitbull's musical medley. Keep reading to see the GIFs from Lorde's cutest AMAs moments, and be sure to check out more can't-miss moments from the show!

Schitt's Creek
I'm Canadian, and Here's How Schitt's Creek Winning 9 Emmys Made Me Feel
by Simrin Purhar 1 week ago