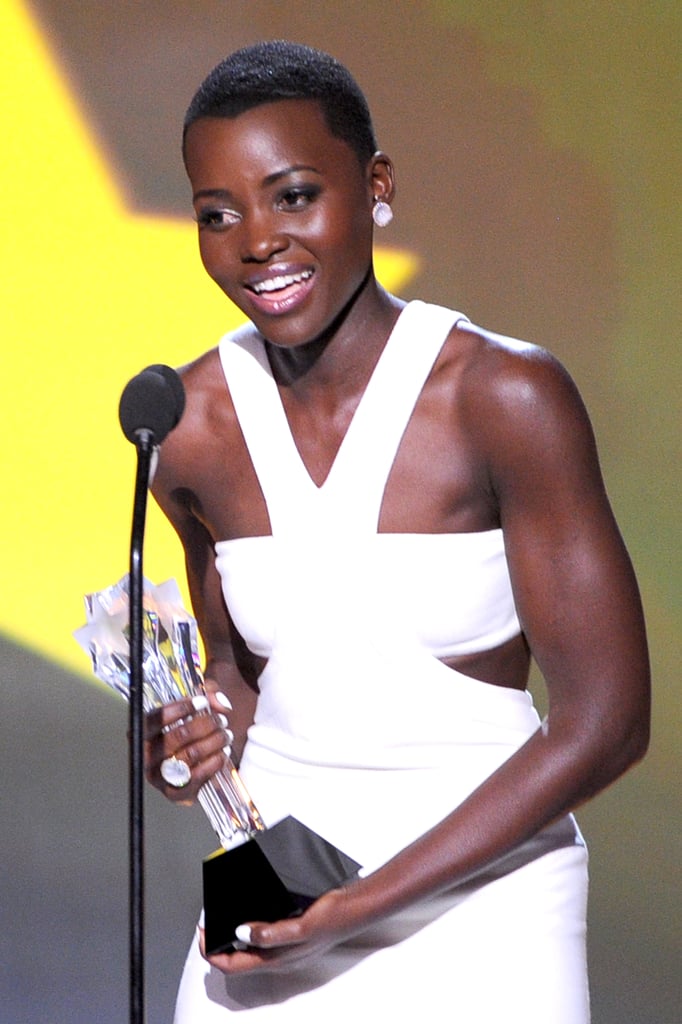 It's safe to say Lupita Nyong'o is having the best first award season ever. Not only did she discover she's nominated for an Oscar on Thursday, but she also made fellow nominee Oprah Winfrey shed joyous tears when she accepted the award for best supporting actress at the 2014 Critics' Choice Awards in LA. It seemed like everyone in the audience shot up the second Lupita's name was called. Before her big moment, Lupita stopped red carpet traffic when she arrived in a beautiful white cutout gown. The newcomer is in the spotlight for her role in 12 Years a Slave. Her powerful performance and perfect red carpet appearances have already cemented Lupita as an actress to watch. Keep reading to see Lupita at the Critics' Choice Awards, and don't forget to show your Lupita love in our fashion and beauty polls!