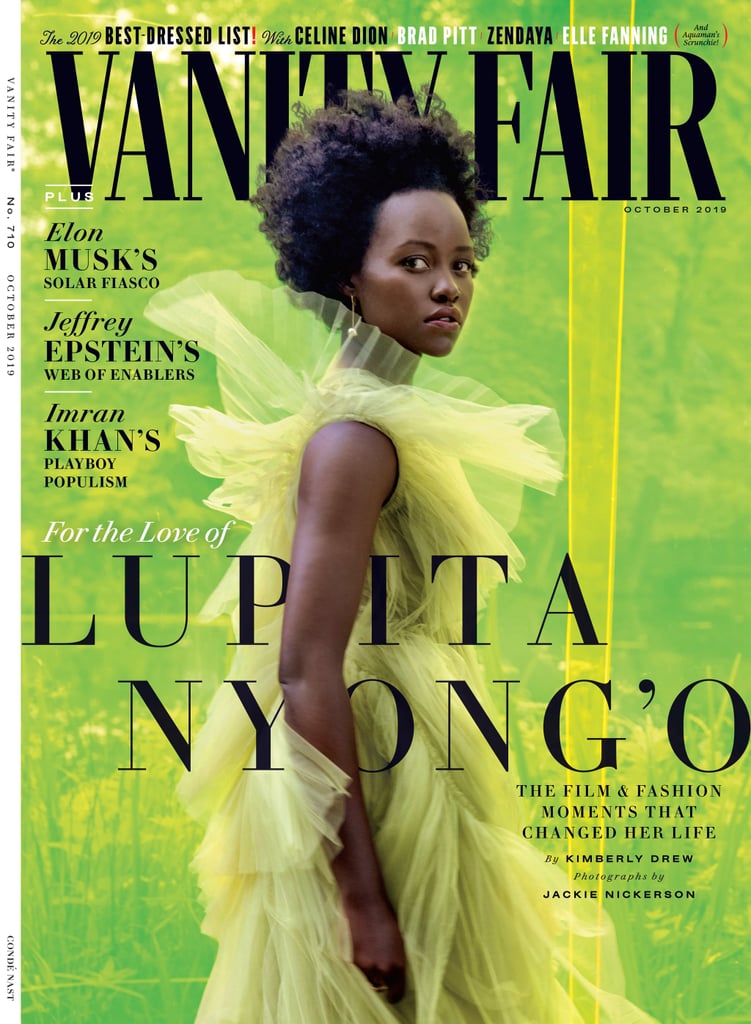 Lupita Nyong'o is on the cover of Vanity Fair's October issue, and she's opening up about the cultural significance of Black Panther and why getting a chance to work on the film was so "refreshing." "In Black Panther, I felt that the African experience was allowed to exist aspirationally," she said. "I think it's more common in America to hear of the struggle of black people than it is to hear of the success. It's more of a sensation to have a headline about a struggle, you know?"

"The struggle through having dark skin is clickbait," she continued. "So when Black Panther came along . . . it was so refreshing to work on an African narrative that did not lead with the struggle of being African." Thanks to her gut instincts and the faith she had in director Ryan Coogler's vision, the 36-year-old actress signed on to play Nakia in the film without even reading the script ahead of time.

"Ryan was speaking to a future relevance that he could not have predicted," she said. After grossing over $1 billion at box offices worldwide, Black Panther challenged Hollywood's expectations of how well a film with an all-black cast can perform. But Lupita's involvement with the project isn't the only way she's been able to play a role in the evolution of film in Hollywood.

In 2017, she spoke out against Harvey Weinstein and detailed her experience with the disgraced director in an essay for The New York Times. Since then, she's vowed to continue using her voice when it comes to these kinds of issues, and she noted a few changes that have already taken place on sets since the Weinstein allegations.

"There is definitely more of a sensitivity toward sexism, chauvinism, abuse," she said. "In the past, when it came to physical combat, there were always consultants on set, but when it came to intimacy there was never, ever somebody present to help actors navigate that. Now you have that, which I think is a great inclusion, and ensures that those kinds of abuses don't happen."

"I think there's also at times an oversensitivity, which I just think is the nature of the pendulum shifting, and it takes time to find the balance," she added. "I'm quite happy that there is that kind of extreme change, and hopefully we find equilibrium as we move forward." Head over to Vanity Fair to read Lupita's full interview.