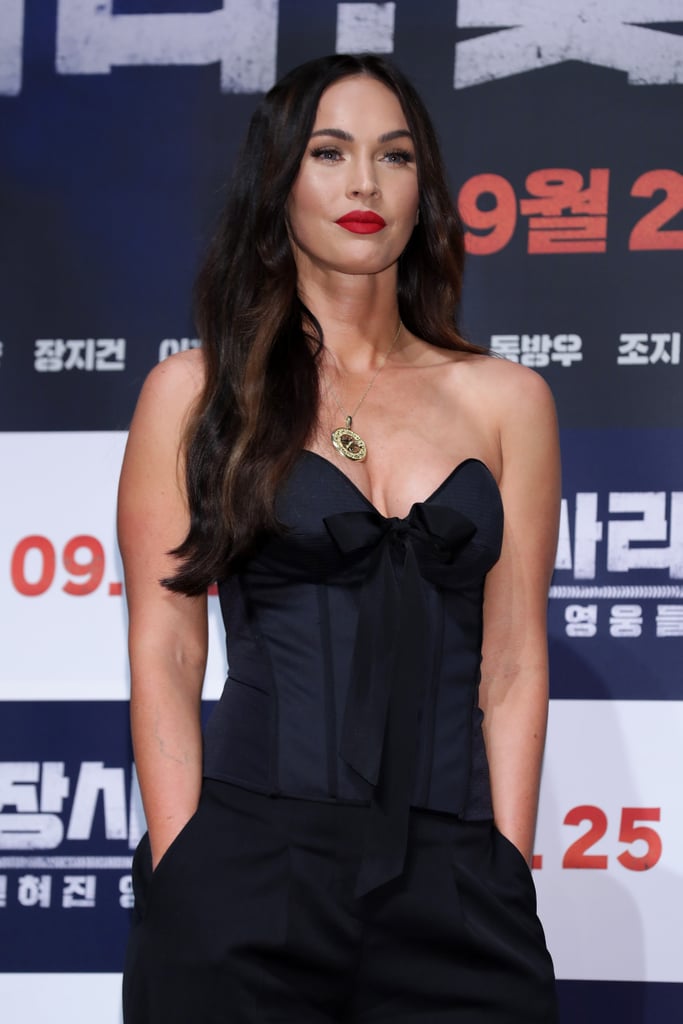 Megan Fox stars in an upcoming South Korean war film called The Battle of Jangsari, and on Wednesday, she attended a press conference for the movie in Seoul. The 33-year-old actress looked as gorgeous as ever in a chic black corset and long black pants. During the event, Megan talked about her connection to the film, which is based on a real-life battle from 1950.

"I could definitely feel the gravity on the set, of the story that was being told, and the passion that director Kwak [Kyung-taek] had for telling the story," she said during the conference. "Just in that it was an important event in Korean history, an incredible sacrifice that was made."

Megan's latest outing is her first red carpet appearance since February, though we saw her out and about with husband Brian Austin Green in April. Keep reading to see more of Megan ahead!

Related:
On a Scale From 1 to 10, Megan Fox's Hotness Meter Is Off the Charts
Previous Next Start Slideshow
Megan FoxRed Carpet