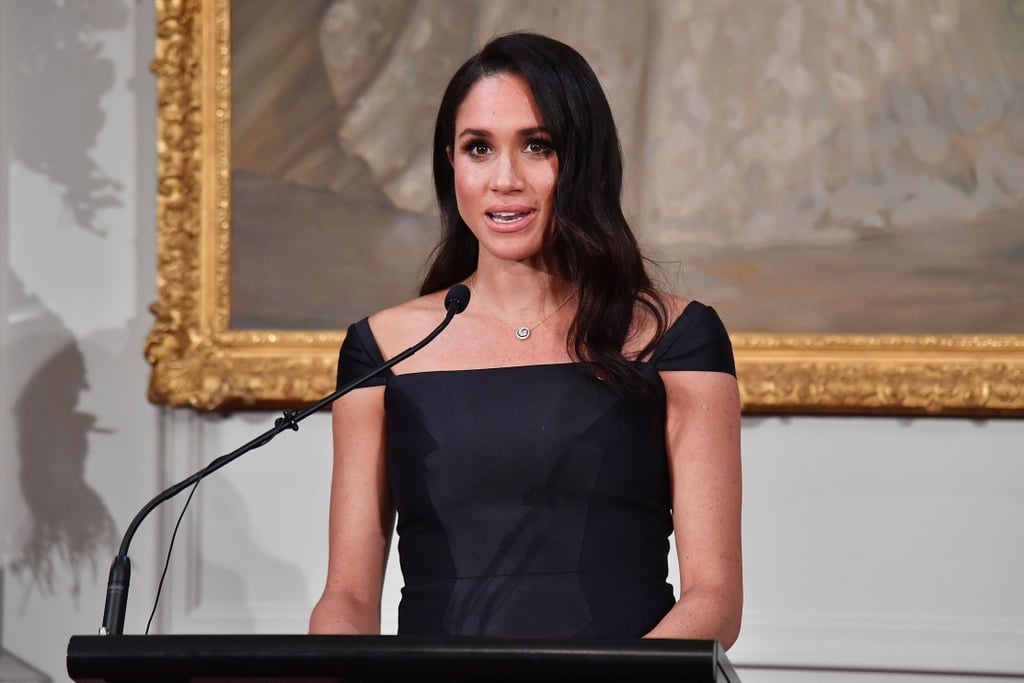 If there's one theme throughout Meghan Markle's royal tour speeches, it's that they're inspiring as hell. The Duchess of Sussex attended a welcome reception at the Government House in Wellington on Oct. 28 and used the opportunity to empower the crowd and congratulate the citizens of New Zealand on the country's 125th anniversary of women's suffrage.

Meghan stood in front of Queen Elizabeth II's portrait during her speech, as she celebrated New Zealand for its forward thinking regarding suffrage. "We are proud to be able to join you tonight in celebrating the 125th anniversary of women's suffrage in your country," she told the crowd. "The achievements of the women of New Zealand who campaigned for their right to vote and were the first in the world to achieve it are universally admired."

"In looking forward to this very special occasion, I reflected on the importance of this achievement but also the larger impact of what this symbolizes," Meghan continued. "Because, yes, women's suffrage is about feminism, but feminism is about fairness."

"Suffrage is not simply about the right to vote but also about what that represents: the basic and fundamental human right of being able to participate in the choices for your future and that of your community, the involvement and voice that allows you to be a part of the very world that you are a part of."

Meghan has been open and vocal about her passion for the equality of all people, touching on a similar topic during her first tour speech earlier this week. She ended her remarks in gratitude, saying "Bravo, New Zealand, for championing this right 125 years ago, for the women who well deserve to have an active voice and acknowledged vote, and for all of the people that this effort has paved the way for globally. We all deeply thank you."