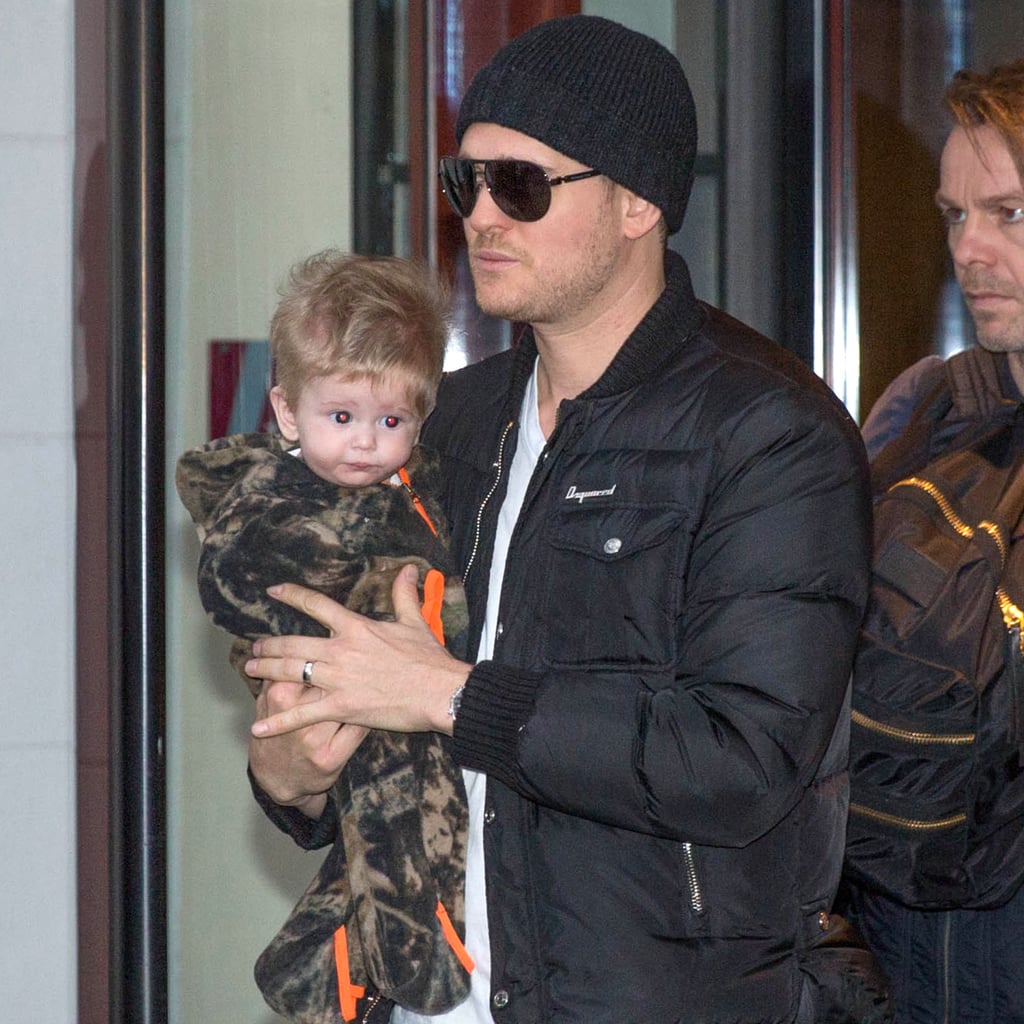 Michael Bublé Gets a Tattoo For His Adorable Baby Boy

Michael Bublé and his family traveled to Amsterdam, the Netherlands, over the weekend during Michael's busy world tour. Michael carried his son, Noah, while Luisana was spotted pushing the stroller around town. It looks like Noah, who is just 5 months old, is already becoming quite the traveler since he also popped up in Vancouver, British Columbia, Canada, with his parents over the holidays. The travels will continue since Michael is currently on tour, with upcoming stops in Germany, Spain, and even Australia. Luisana and Noah have been joining him, and Luisana shared a few funny snaps of her many hours on the tour bus over the weekend. Michael's grueling schedule continues through August, when he'll wrap things up in Mexico. The busy dad will never be too far from Noah, though, since he recently got his son's name tattooed on his wrist.

Kylie Jenner
Kylie Jenner and Stormi Wore Matching Rainbow Bikinis, and It's Too Cute to Handle
by Nikita Charuza 2 days ago

Cardi B
Oh My, Monochrome! Cardi B's New "Mommy & Me" Reebok Collection Was Inspired by Kulture
by Chanel Vargas 3 days ago

Kate Hudson
Kate Hudson's Toddler Loves Her Style, So She's Saving Her Outfits For Her 16th Birthday
by Chanel Vargas 6 days ago

by Tori Crowther 40 minutes ago