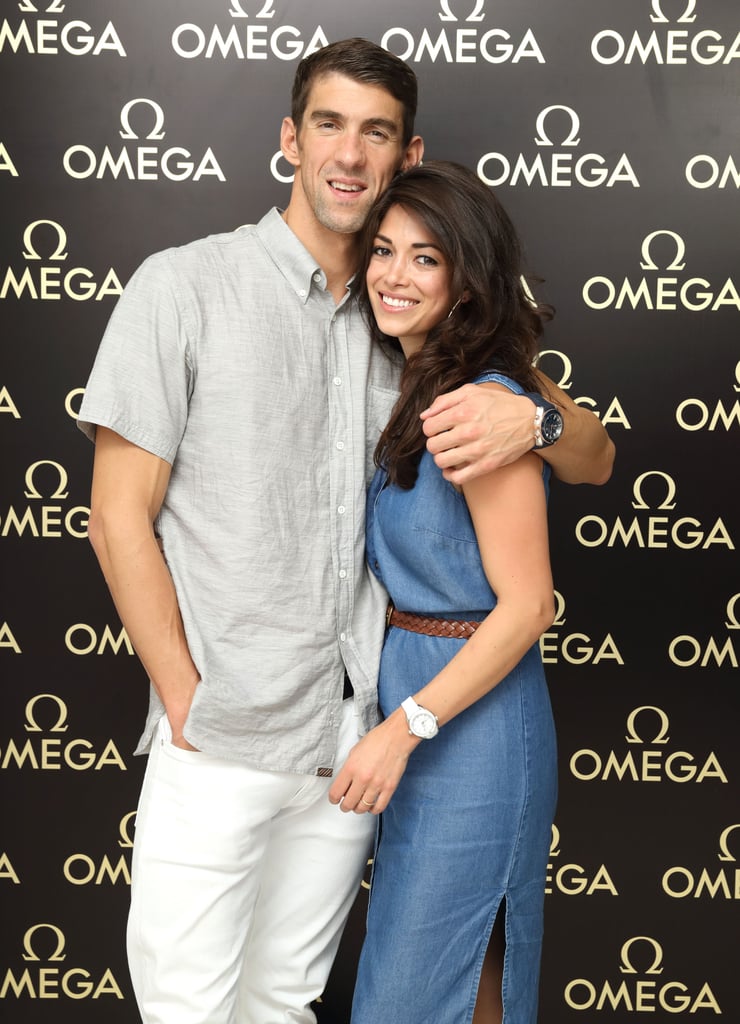 After winning gold in his final race at the Summer Olympics on Saturday, Michael Phelps celebrated at the Omega House in Rio de Janiero with his fiancée, Nicole Johnson, on Monday. The couple, who have been on and off since 2007, stayed close and were all smiles as they happily posed for pictures at the swimming legends event. In addition to taking home five gold medals this Summer, Michael grabbed headlines over the weekend after he took to Facebook to confirm his retirement. "We're not going four more years, this is it," he announced. While many of us are sad to see him go, one person who is probably happy to have him home is his adorable 3-month-old son, Boomer.

Jimmy Fallon
No One Makes Jimmy Fallon Smile Quite Like His Wife, Nancy Juvonen
by Kelsie Gibson 14 hours ago