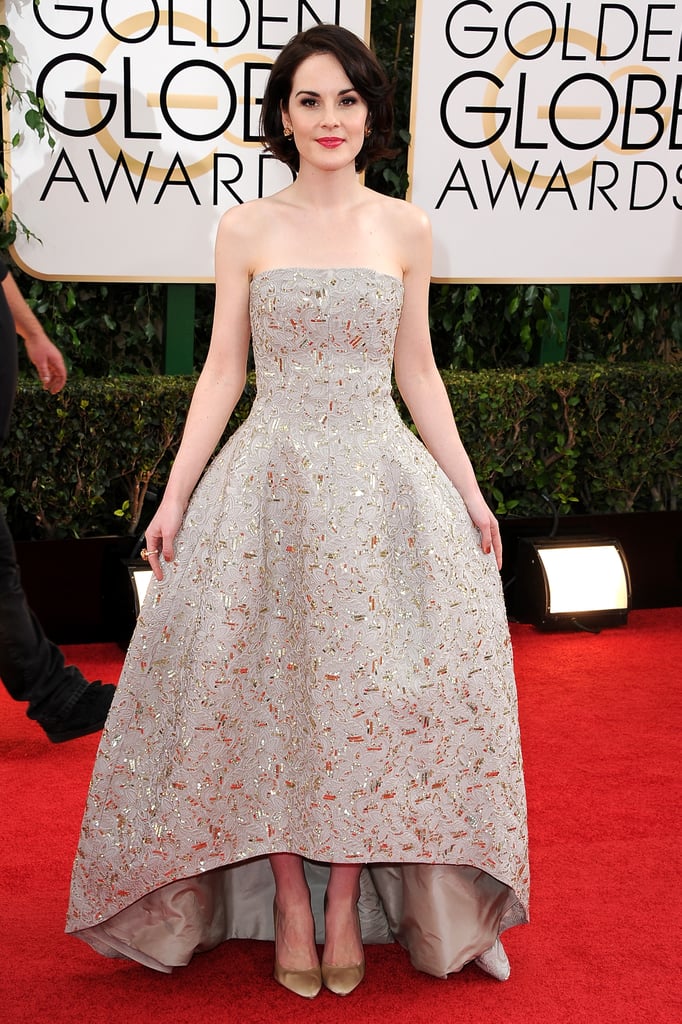 Michelle Dockery looked as elegant as ever in Oscar de la Renta on Sunday when she arrived at the 2014 Golden Globes in LA. The British actress is at the bash to support her hit TV show, Downton Abbey, which is nominated for best TV series, drama, against Breaking Bad, The Good Wife, House of Cards, and Masters of Sex. Michelle's fans may have to choose between seeing her at the Globes and watching her act on the small screen as her show will be a airing on PBS during the Globes in its usual 9 p.m. slot on PBS. Keep reading to see more of Michelle from the Golden Globes red carpet.