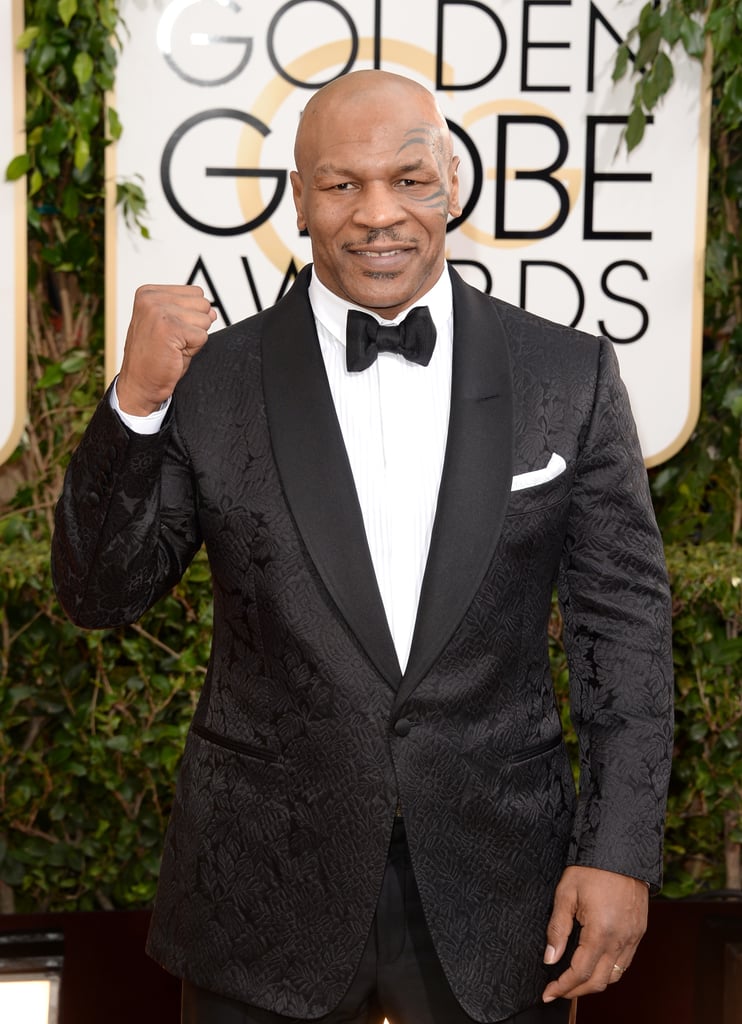 It's safe to say that Mike Tyson had a great night at the Golden Globes in LA on Sunday. Even though he wasn't up for any awards, the former pro boxer took advantage of the high-profile industry event by mixing and mingling with some of Hollywood's true heavyweights. From the red carpet to the afterparty, Mike was all smiles as he rubbed elbows and snapped selfies with movie and TV stars, including Hayden Panettiere, Tom Hanks, and, yes, Helen Mirren. Keep reading to see the sweet, slightly hilarious pictures of Mike Tyson's knockout night at the Globes.