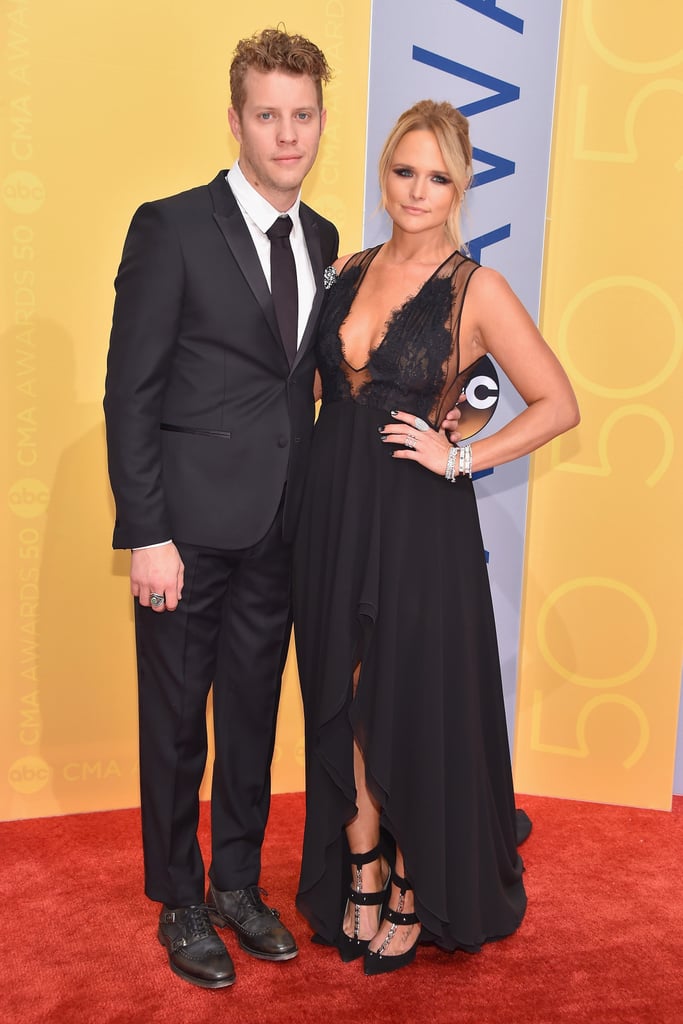 Miranda Lambert hit the CMA Awards red carpet with boyfriend Anderson East in Nashville on Wednesday night. The couple, who have been dating for nearly a year, stayed close while posing for photos, and Miranda showed off her curves in a sexy, low-cut gown. The "Vice" singer is nominated for female vocalist of the year, going up against newcomers Maren Morris and Kelsea Ballerini, Kacey Musgraves, and the show's host, Carrie Underwood. Win or lose, we'll get to see even more of Miranda when her edition of "Celebrities Read Mean Tweets" premieres on Jimmy Kimmel Live after the award show.