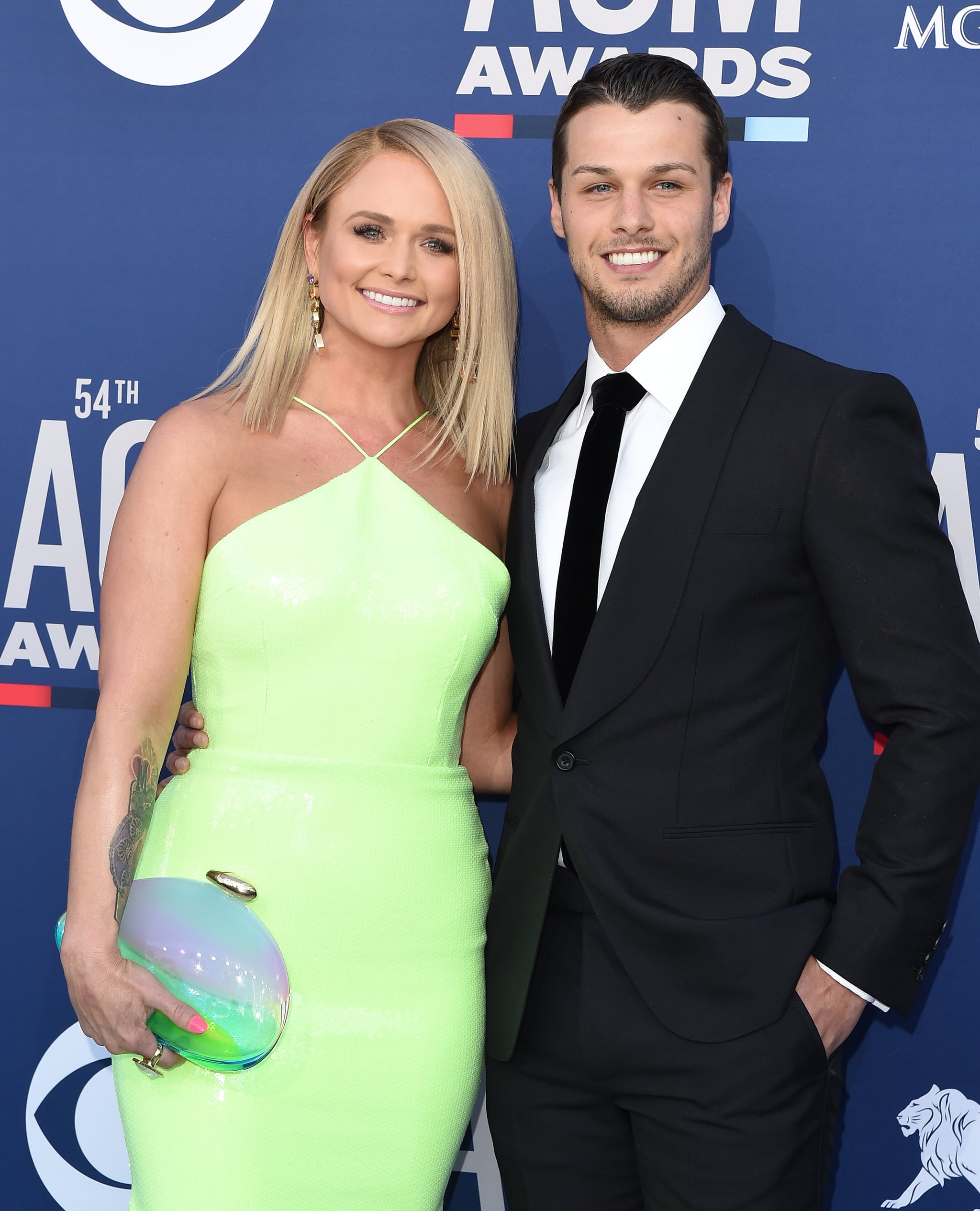 Miranda Lambert is enjoying herself some marital bliss. At the 2019 CMA Fest in Nashville, the country singer opened up about her marriage to Brendan Mcloughlin. "It's great to really be happy, and I feel like it's contagious," she told Entertainment Tonight. "Having someone positive in your life [who] you wake up with and go to sleep [with] really changes the outlook that you have on your day. So, I'm thrilled to be married and having a great time."

Miranda took fans by surprise when she married Brendan, a police officer, in a secret ceremony earlier this year. Miranda then shared the news, as well as photos from the wedding, on Valentine's Day. She wrote, "I met the love of my life. And we got hitched!" A few months later, Miranda and Brendan made their red carpet debut at the 2019 ACM Awards.

Miranda was previously married to Blake Shelton for four years until their high-profile divorce in 2015. Miranda hinted at the breakup when she said, "You go through life's journey, up and down, and you don't know what to expect and you have fails and victories." Adding, "But I love love and I'm always in search for it. I've found the person who loves it as much as I do. And it just works."

Celebrity Couples
The Cutest Photos of Christopher Briney and His Girlfriend, Isabel Machado
by Alicia Geigel 13 hours ago