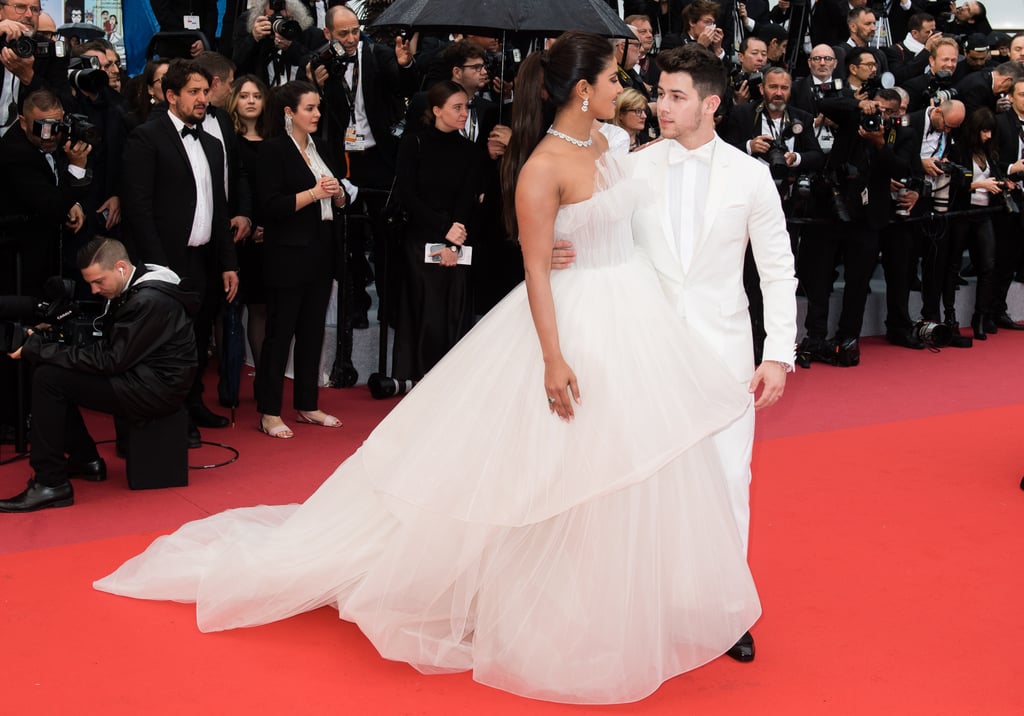 Nick Jonas and Priyanka Chopra are smitten with each other at the Cannes Film Festival in France. On Friday, the two were spotted getting close and cuddly at the event as they walked around hand in hand. Priyanka — who was there to promote the documentary 5B — stunned in a a blue silk maxi dress and white hat, and Nick looked dapper in an all-white suit. Later, they hit up the Chopard party, where they gazed into each other's eyes on the red carpet as Priyanka rocked a purple dress and Nick sported a tuxedo. And as the festival continued, they made even more cute arrivals at parties and formal gatherings.

It's been an exciting month for the couple. They kicked off May with a special appearance at the Billboard Music Awards, where Nick performed with his brothers and gave Priyanka a kiss during the set. Shortly after, they attended the Met Gala together, where their kooky outfits gave us adorable Alice in Wonderland and Game of Thrones vibes. When it comes to red carpets and event appearances, they reign supreme.

View more photos of them enjoying the Cannes Film Festival ahead!