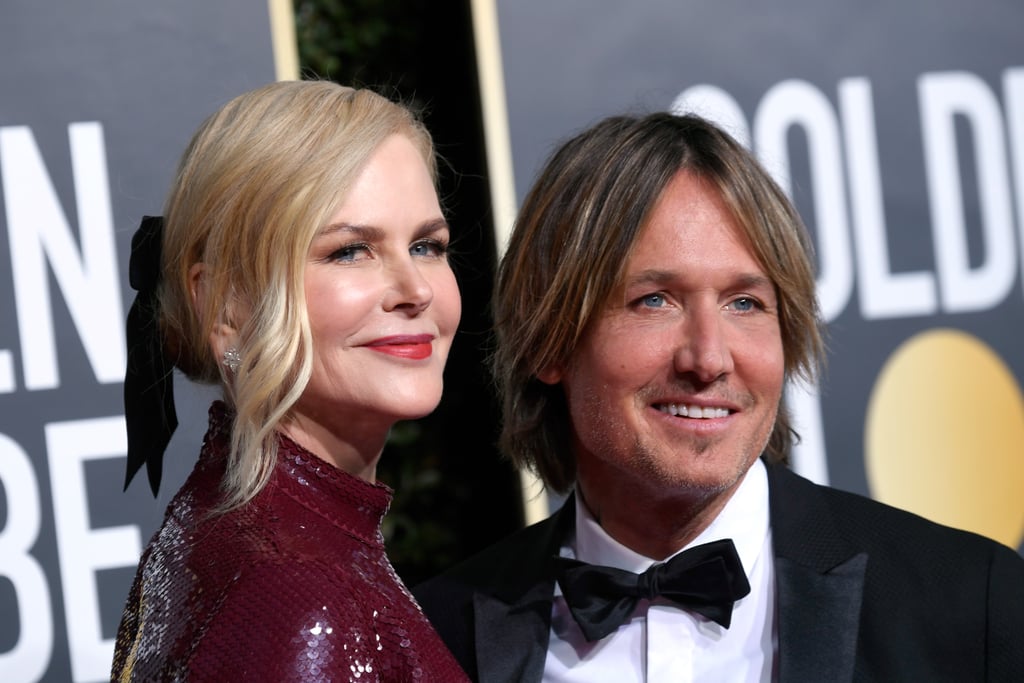 Nicole Kidman and Keith Urban have shown yet again why they're one of Hollywood's hottest couples! On Sunday night, the two came in sizzling on the Golden Globes red carpet. While Nicole modeled a sparkly, fitted purple gown, Keith looked dapper in a tuxedo. During an interview with Variety at the event, Nicole talked about Hollywood's Time's Up movement, saying, "I think there is change happening."

Keith was also at the award show to support Nicole, who is nominated in the best actress category for her role in Destroyer. In the film, Nicole plays a detective for the Los Angeles Police Department who embarks on a journey to confront her dreadful past to find peace.

Thankfully, Keith and Nicole's romance is much less tragic than the events in Destroyer. In fact, according to Keith, it was love at first sight when he met Nicole. And now, 12 years after getting married, the two still have the look of love. Whether they're showing some hot PDA on the beach or applauding each other at award shows year-round, Keith and Nicole seem to have a rock-solid relationship.

Feel free to gawk at their Golden Globes red carpet chemistry in the pictures ahead!