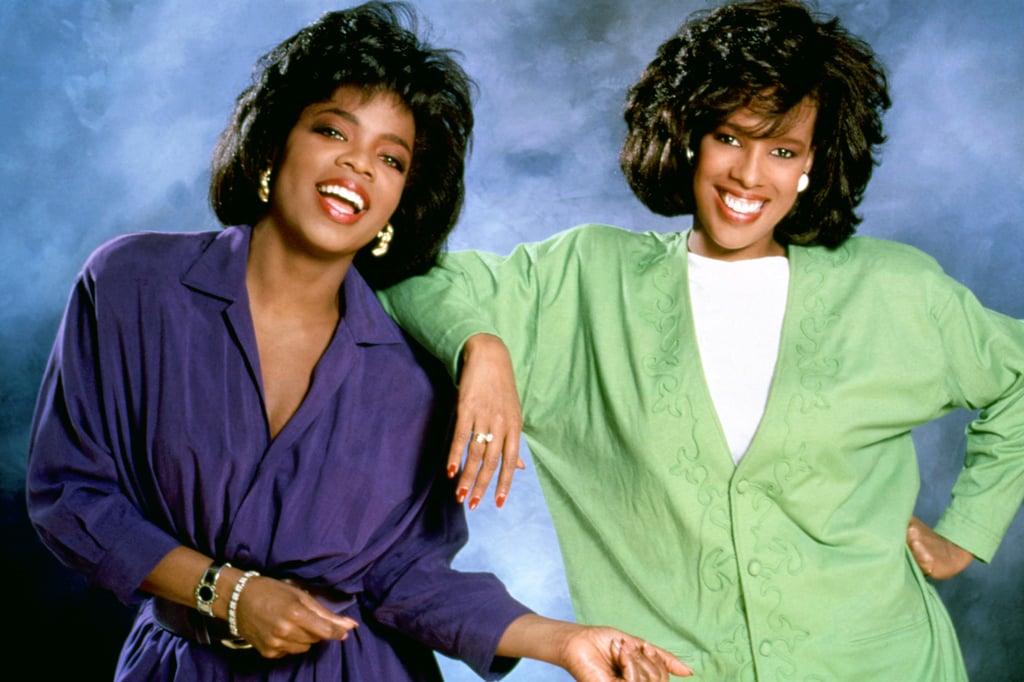 We all wish we could be part of Oprah Winfrey's inner circle, but there is only one person who has the special honor of calling her her best friend: Gayle King. Their iconic friendship dates all the way back to 1976, when they were both working at a TV station in Baltimore. After a snowstorm hit the area, Oprah graciously offered her home (and clothes) to Gayle. "We didn't really know each other, but she was just that kind of girl even then," Gayle told HuffPost in December. "When I said didn't have any clothes with me, she said 'you can wear mine,' and when I said I didn't have any underwear she said, 'you can borrow mine, it's clean!'"

They instantly bonded that night and have been inseparable ever since, attending countless events together, including the Golden Globes. The ladies have been there for each other through almost every milestone in life, both professional and personal. Oprah is also godmother to Gayle's daughter, Kirby, and son, Will. While Gayle often gets recognized for being "Oprah's best friend," she said she doesn't mind at all. "I see myself standing in her light, not in her shadow," Gayle said about her BFF. Now that's true friendship! See some of their best moments over the years ahead.

Related:
10 Facts About Oprah That Will Make You Love Her Even More
Previous Next Start Slideshow
Oprah WinfreyCelebrity InstagramsGayle KingCelebrity Friendships