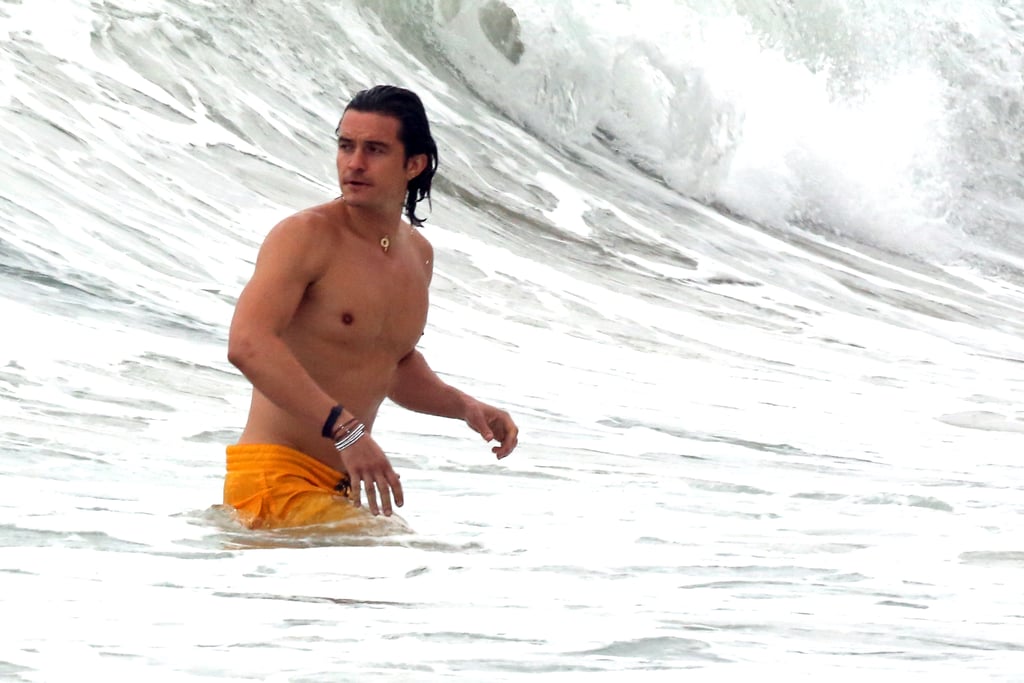 Orlando Bloom Loses His Shirt, and We Hope He Never Finds It

Orlando Bloom went shirtless for a quick dip in the ocean in Malibu, CA, on Saturday. The actor waded into the water before ducking down under the waves. He then returned to the shore where 3-year old son Flynn stood waiting; the little guy wore one of his dad's white t-shirts and snacked on Pirate's Booty while watching from the sand. Lucky for us, this isn't the first time we've gotten to see Orlando's toned physique on the beach this season, since he shed his shirt on the beach in Santa Barbara, CA, on Easter as well.

Orlando has been getting attention lately for his dating life, in addition to his buff body: rumors swirled about a possible romance between him and British model Laura Paine after they were spotted grabbing dinner in London earlier this month. Though Orlando never admitted or denied the relationship rumors, ex-wife Miranda Kerr told reporters, "They're just friends. They've been friends for years." She added that she and Orlando talk every day, saying, "We spoke about it. It's fine."

Previous Next Start Slideshow
Orlando BloomShirtless
Around The Web

Orlando Bloom
Orlando Bloom Has a New Tattoo Honoring His Poodle, Mighty, Following His Death
by Danielle Jackson 2 weeks ago