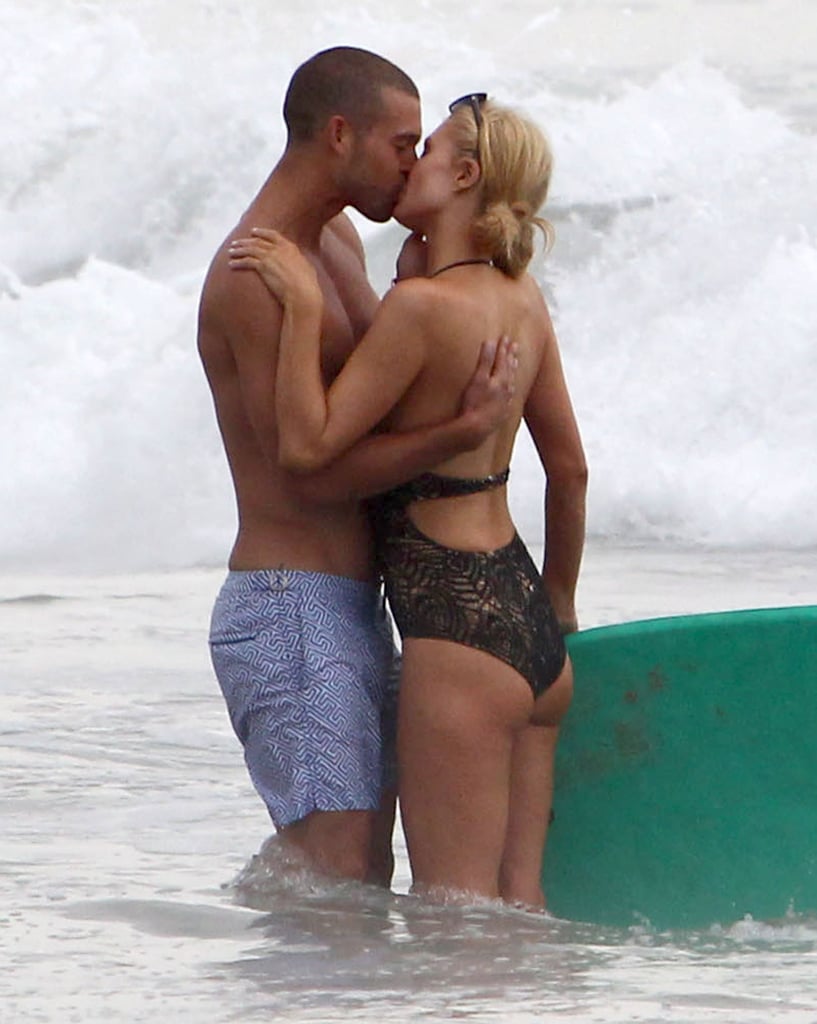 Paris Hilton confirmed rumors that she had split with her boyfriend of nearly two years, River Viiperi, when she shared a kiss with a mystery man in Malibu, CA, on Sunday. The former reality star was throwing a party at her Malibu beach house when she walked into the waves with a buff man to splash around and exchange kisses. It isn't clear when Paris and River drifted apart, but River was sharing snaps of Paris on his Instagram account as recently as three weeks ago. However, he has recently been sharing cryptic messages on his account, including one that hints at a breakup. Last week, he shared an image that read:

At some point you will realize that you have done too much for someone or something, that the only next possible step to do is to stop. Leave them alone. Walk away. It's not like you're giving up, and it's not like you shouldn't try. It's just that you have to draw the line of determination from desperation. What is truly yours would eventually be yours, and what is not, no matter how hard you try, will never be.

River captioned the photo, "Everything happens for a reason, Don't you wanna know what the reason is?"

For her part, Paris didn't reveal who her new beau is on Instagram, but she did share plenty of snaps of her other party guests, which included Charlie Sheen and Dancing With the Stars dancer Cheryl Burke. It's been a busy week for Paris, who recently launched a new Carl's Jr. ad to follow up on her infamous 2005 commercial for the burger chain. She also made a surprising move last Sunday when she hit up a charity kickball game with Kendall and Kylie Jenner, the younger sisters of her former best friend Kim Kardashian.

by Maggie Ryan 55 minutes ago