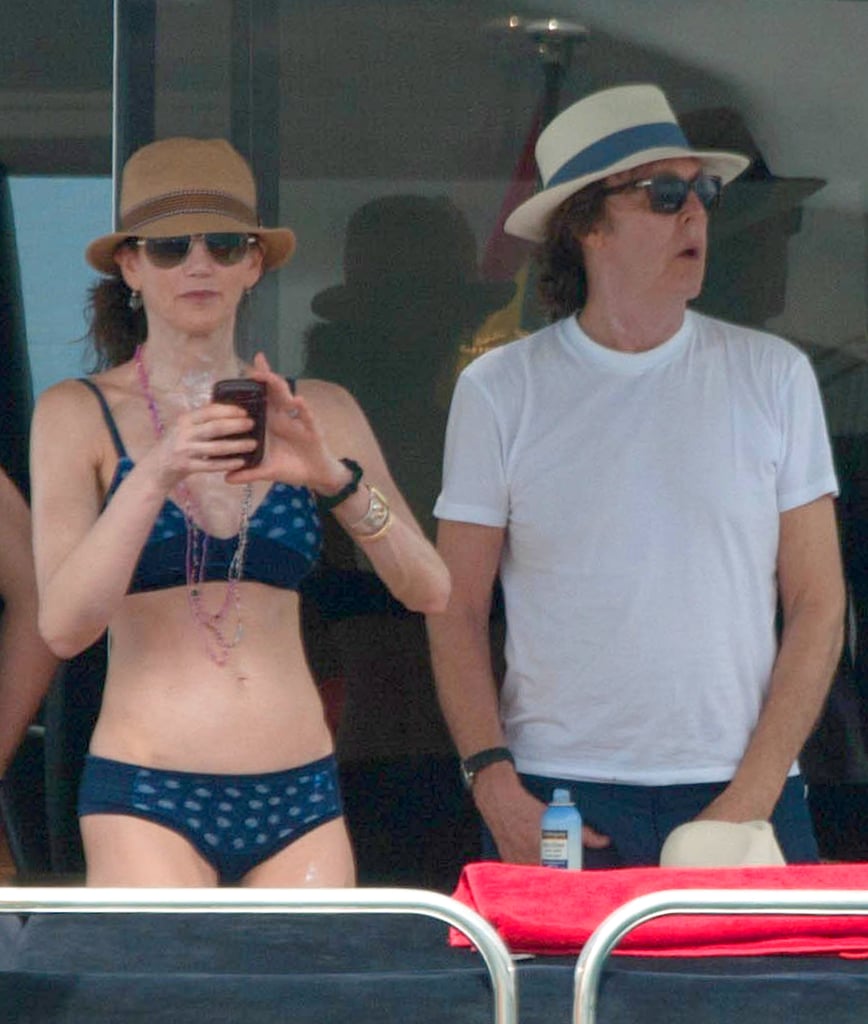 Paul McCartney and his wife, Nancy Shevell, hit the water in Ibiza on Monday, when the couple boarded a private yacht with a group of friends for sailing fun. While Nancy put her bikini body on display during her boat trip, she covered up with a rash guard when the couple took a dip on Tuesday. Paul, meanwhile, went shirtless to splash around in the ocean with his wife. Their trip comes just a month after Paul had a nasty health scare that forced him to postpone a string of tour dates in Asia and the US. Paul, who was set to launch a huge Summer tour, was hospitalized for a viral infection, but he is apparently on the mend. His Beatles bandmate Ringo Starr said that Paul is "doing good" and that "he's getting ready to rock." Paul is expected to pick up his tour in July and will resume his US tour dates in October. Before his illness, Paul reunited with Ringo for a special anniversary concert to honor the 50th anniversary of The Beatles' appearance on The Ed Sullivan Show. The twosome performed and watched other musicians — like Katy Perry and Pharrell Williams — cover famous Beatles hits.

Nostalgia
Why Did Ben Affleck and Jennifer Lopez Break Up? The Reason Is Sad
by Corinne Sullivan 11 hours ago

Kendall Jenner
Kendall Jenner's Hibiscus-Print Bikini Is Still in Stock, but Don't Quote Us on That Later
by Sarah Wasilak 19 hours ago

Celebrity Instagrams
The Highlight of Tracee Ellis Ross's Beach Party For One? Her High-Waisted Lounge Pants
by Chanel Vargas 1 day ago