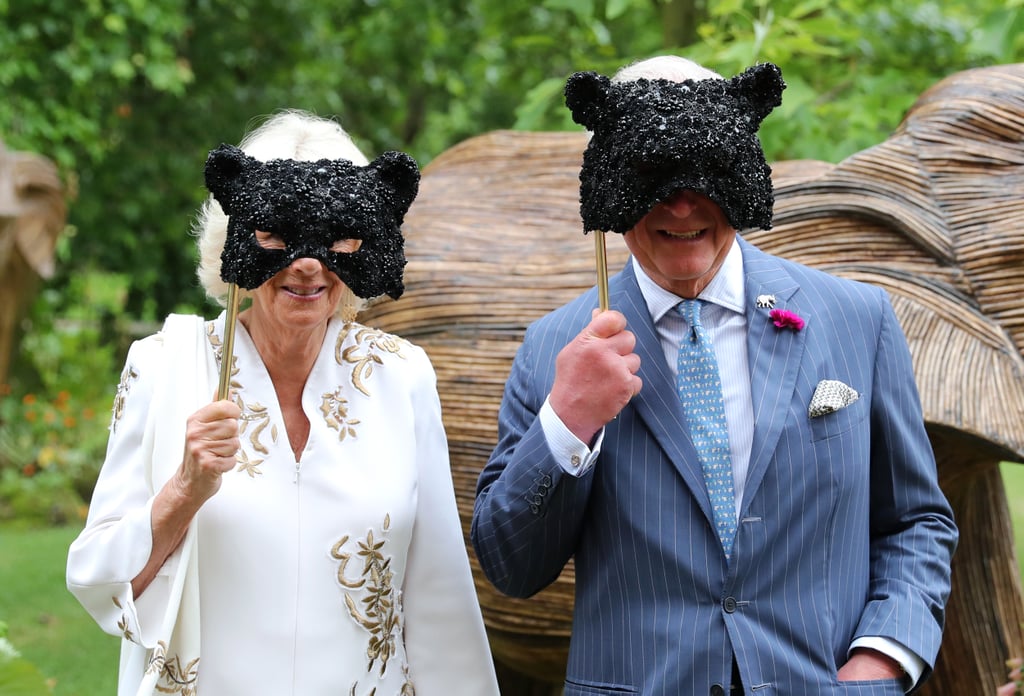 Prince Charles and Camilla, Duchess of Cornwall definitely looked like they were having fun on Thursday night as they hosted a special reception ahead of the star-studded Elephant Family Animal Ball. The event raises funds for the wildlife foundation Elephant Family, which was founded by Camilla's brother, Mark Shand, so it is a cause that's particularly close to the duchess's heart, and she and her animal-loving husband were at the heart of the fun as they posed alongside the life-sized elephant statues that had been placed in the grounds of Clarence House.

Related:
The Sweetest Things Prince Charles and Camilla Have Said About Each Other

During the event, attendees wore glamorous designer masks that depicted various animals, and Charles and Camilla were no exception, sporting bejeweled tiger masks by designer Sabyasachi Mukherjee, who was also a guest at the reception. The royal couple mingled with a crowd made up of plenty of other famous faces, including designer Vivienne Westwood, artist Tracey Emin, actor Douglas Booth, and model Yasmin Le Bon. Keep reading to see the royal pair working the crowd at this important event.