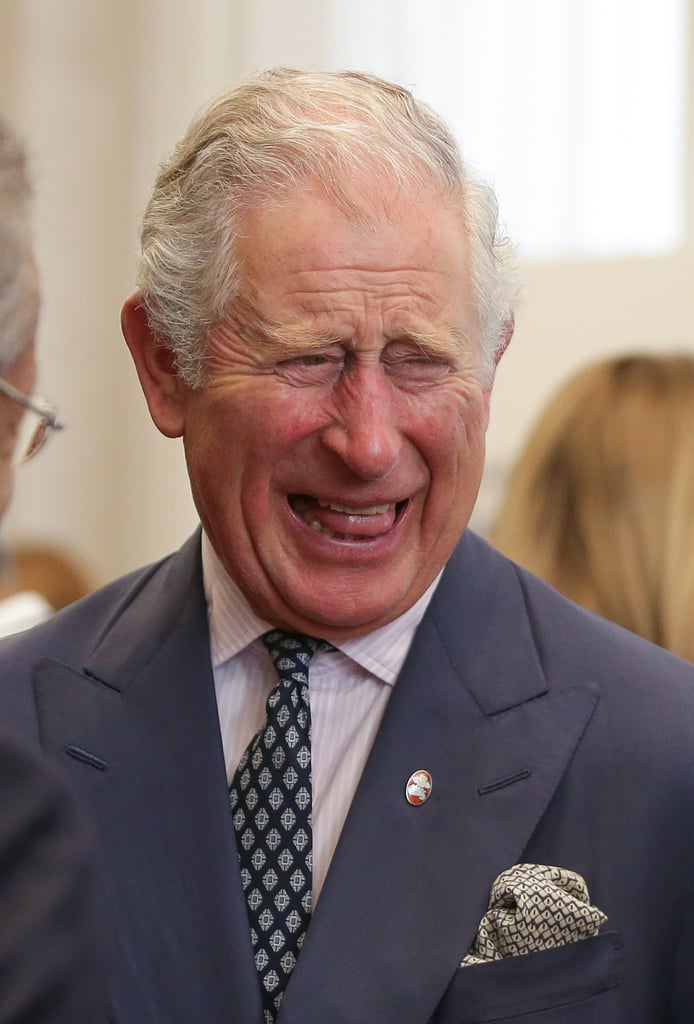 Prince Charles Talked to a Turkey During His BBC Documentary, and the Internet Loved It

Prince Charles has been in the public eye for a long time, but he can still surprise us, and the future king did just that in a new TV documentary marking his 70th birthday. Charles left plenty of viewers in stitches as he did a turkey impression (well, two or three actually) in one of the best royal moments of the year.

Yep, the heir to the throne was literally talking turkey as he gave us a behind-the-scenes glimpse of his life in the BBC show Prince, Son and Heir: Charles at 70. On a tour of the rare breeds farm at his Scottish home at Dumfries House, he suddenly came over very enthusiastically indeed at the sight of his prize turkeys. As he all but ran towards them, the man who will be king copied their rather distinctive gobbling sounds in an attempt to start a conversation before breaking into giggles and confessing, "I love these turkeys, they make me laugh so much." We kind of worked that one out already, Charles.

The prince also had a chat with a pig, trying to steer it to the best bits of its dinner, and then as he walked back to the house, let slip a cheery "Hello" to one of his sheep. But it was Charles doing his fabulous turkey impressions that really raised the laughs. The prince — who was once teased for talking to his plants — just proved he's the biggest royal goof of them all, and the internet loves him for it. Here are some of the best reactions to Prince Charles pretending to be a turkey.