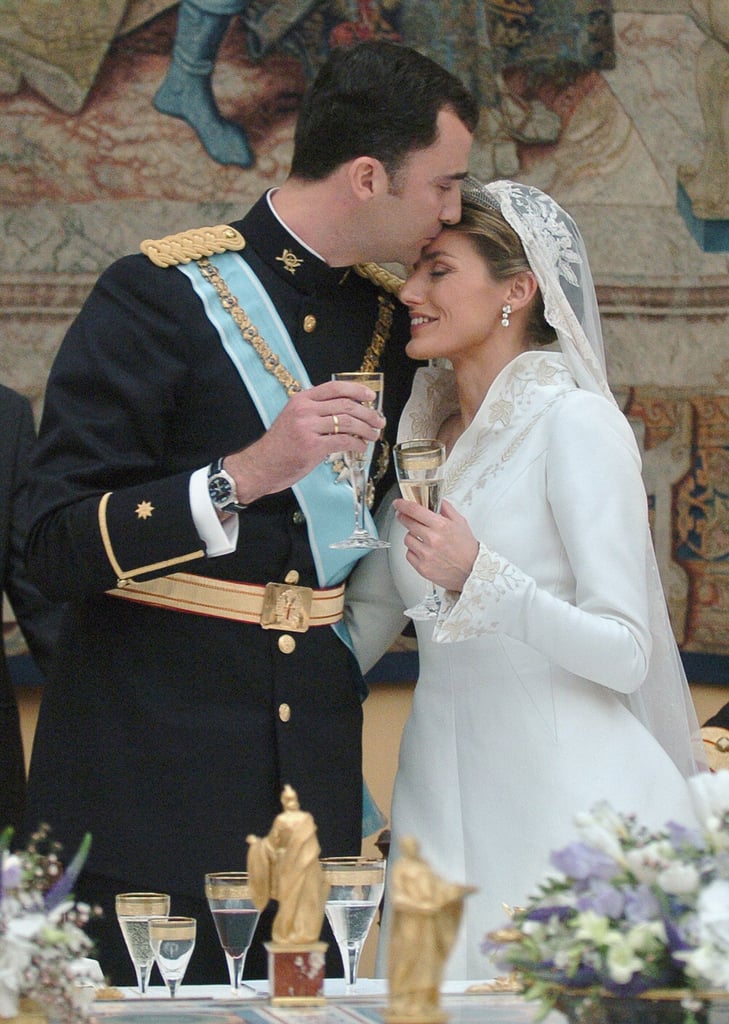 King Juan Carlos I of Spain announced that he would abdicate, making his son, Prince Felipe, and daughter-in-law, Princess Letizia, the new king and queen of Spain! After King Juan Carlos I made his announcement last month, King Felipe VI was passed the crown in a coronation ceremony on Thursday. The 45-year-old king is already a popular figure in Spain, thanks to his sweet relationship with the gorgeous and accomplished Princess Letizia and their two daughters, Princesses Leonor and Sofía. While they may not get as much international attention as the British royal family, Letizia and Felipe are stars in their own right — Letizia was an award-winning journalist before she took on royal life, while the prince is a former Olympic athlete and philanthropist. To celebrate Felipe's new role, we're looking back at a few of the family's most adorable moments.