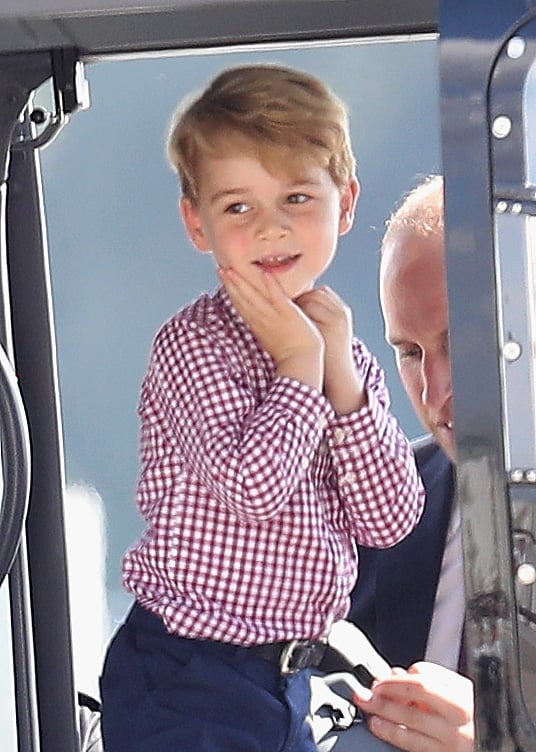 Prince George has plenty of unimpressed faces, but his royal scowl isn't the only adorable expression we love to see from the little heir. George has shown off excited looks, silly grins, and even wiggles during his public outings, already giving his adorable sister, Princess Charlotte, and brother Prince Louis a lot to aspire to. If George's best facial expressions aren't enough, make sure to check out his and Charlotte's most hilarious pictures!

Red Carpet
From DJ Khaled to LL Cool J, See All the Stars Who Brought Their Families as Dates to the Grammys
by Monica Sisavat 15 hours ago