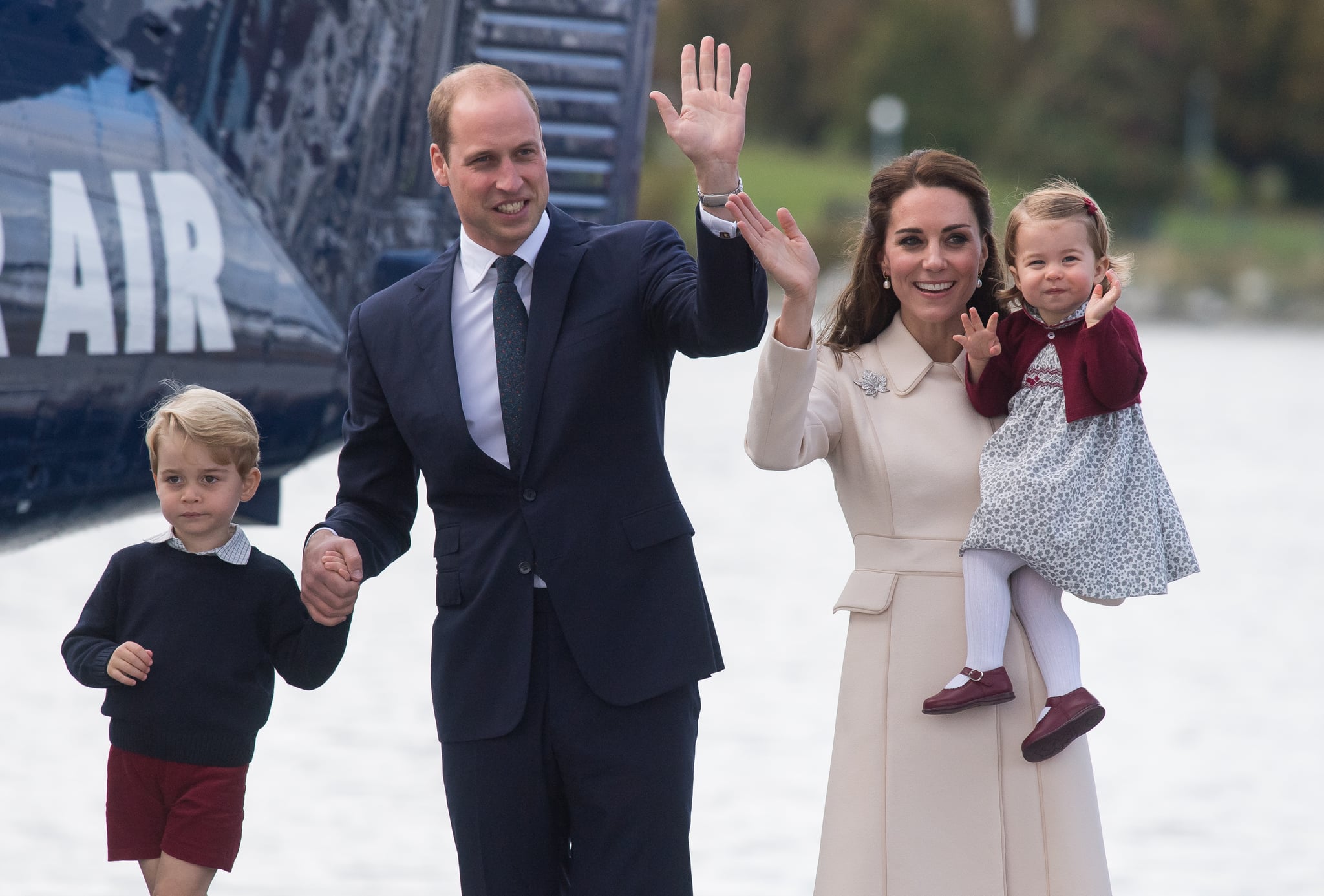 If you've been wanting to see more of Prince George and Princess Charlotte, you're in luck because they're headed to Germany and Poland! On Monday, it was announced at a Buckingham Place briefing that Prince William and Kate Middleton are bringing their kids with them on their five-day tour, which kicks off on July 17 and ends on July 21. "They have decided that their children, Prince George and Princess Charlotte, will travel with them and we expect the children to be seen in at least a couple of occasions over the course of the week," their spokesman said. "They look forward to a busy and impactful tour and are grateful that they will have the opportunity to meet the Polish and German people — such important friends of the United Kingdom — as a family."

Related:
These Pictures of the Royal Family in 2017 Are Fit For a Postcard

George and Charlotte will stay with their nanny, Maria Turrion Borrallo, at the Belvedere Palace in Warsaw and at the British ambassador's residence in Berlin while Will and Kate conduct their official duties. If their visit is anything like their 2016 trip to Canada, we're in for a special treat.