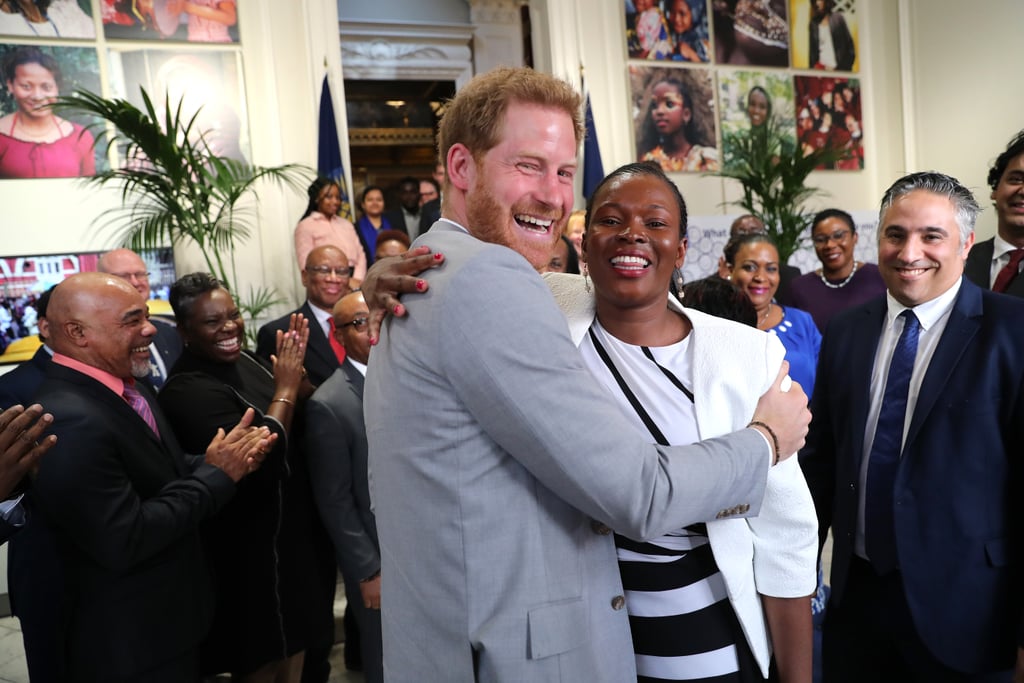 Prince Harry was all smiles on Thursday as he returned to work after a fun-filled day at a charity polo match with his family. During the Commonwealth Youth roundtable at Marlborough House in London, Prince Harry looked relaxed as he fulfilled his duties as the Commonwealth Youth Ambassador. He was seen posing for photos, speaking with Commonwealth Secretary-General Patricia Scotland, and having a nice moment, hugging and laughing with the Youth Advisor for Kenya, Irene Kendi.

On Wednesday, Prince Harry and his brother, Prince William, took part in a charity polo match in England. The Prince appeared to be in high spirits as they were cheered on by Meghan Markle and her adorable son, Archie Harrison Mountbatten-Windsor, as well as Kate Middleton and her three kids, Prince George, 5, Princess Charlotte, 4, and Prince Louis, 1. The sweet family photos from the match are almost too cute for us to handle, but what we're really waiting for is a possible appearance by Meghan and Harry at The Lion King's London premiere this Sunday, where Beyoncé will also be in attendance.