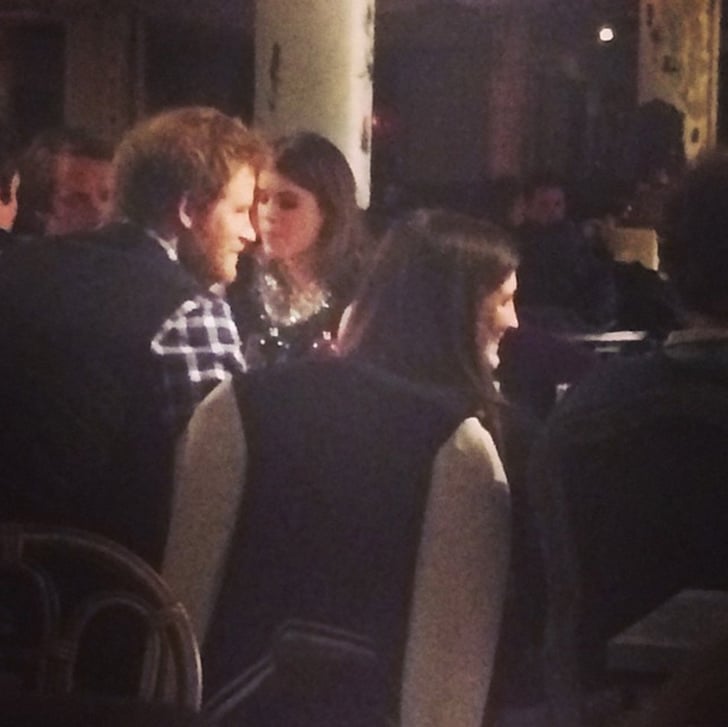 It looks like reports of Prince Harry losing his beard — and his girlfriend — weren't so true after all. Despite news that Harry's grandmother Queen Elizabeth II had "let her displeasure be known" about the scruff that he grew during his trip to Antarctica, the young royal has yet to get rid of his new facial hair. (Which is good news to us, since 59 percent of our readers thought Prince Harry should keep his beard.) A fan snapped a photo of bearded Harry enjoying a night out with his cousin Princess Eugenie and girlfriend, Cressida Bonas, over the weekend, and he also still had his scruff on Monday when he went on a date night with Cressida to Byron Hamburgers.

Harry has been spending quite a bit of time with Cressida, putting an end to rumors that the two are currently on the outs. The reports popped up this weekend after the pair hadn't been spotted together since the prince returned from Antarctica in December. Of course, Harry had been busy with family obligations around the holidays, journeying to Sandringham for the royal family's annual Christmas party, where he got to catch up with Prince William and Kate Middleton. Hopefully, we'll get to see Harry's beard next Tuesday when he attends a press conference for his Walking With the Wounded South Pole expedition.