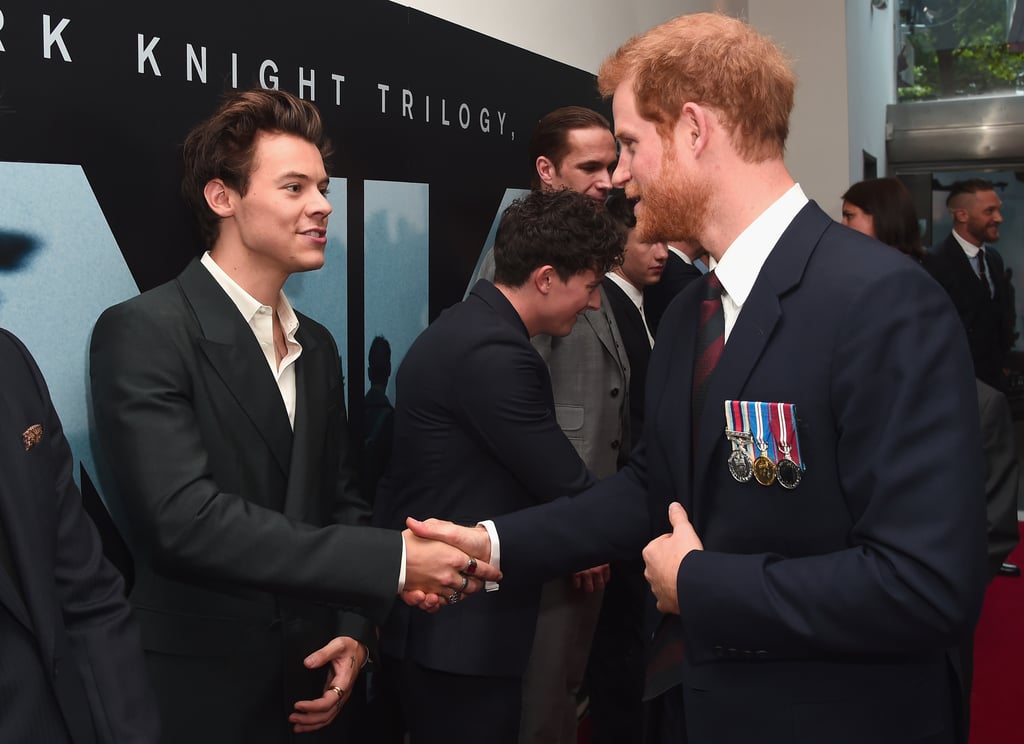 What could be better than one famous Harry on the red carpet? How about two? Prince Harry stopped by the Dunkirk premiere in London on Thursday, and while he was there met up with former One Direction member Harry Styles, who makes his acting debut in the war film. While the royal proudly wore his medals from his time in the British Army, the "Sign of the Times" singer looked just as handsome in a dark suit. If their appearance looks oddly familiar to you, it's because this isn't their first interaction. In November 2015, the duo met up at the annual Royal Variety Performance where the prince was the guest of honor. If you need us, we'll just be over here fangirling.