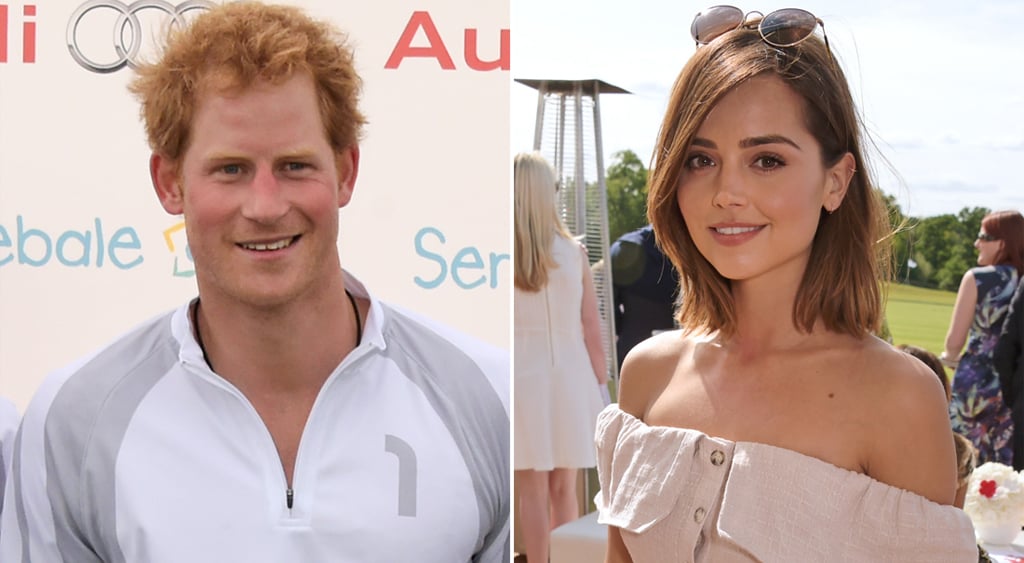 Prince Harry has sparked new romance rumors. After chatting up stars at the Audi Polo event in London on May 31, the royal reportedly flirted with actress Jenna Coleman. Harry is seen resting his hand on a woman's knee in a photo from the event, according to reports. Though the picture does not show her face, the woman's dress appears to be the same one Jenna was photographed wearing at the event earlier in the day.

Jenna, 29, is known for her role on the BBC's hit Doctor Who, on which she has appeared since 2012. The actress was most recently linked to Game of Thrones actor Richard Madden. In March, Jenna was by Richard's side for his big Cinderella premiere. Meanwhile, Harry has been single since his split with Cressida Bonas in April 2014. It seems the royal is ready to settle down and follow in brother Prince William's footsteps, though — Harry said he "would love to have kids right now" during an interview in May.