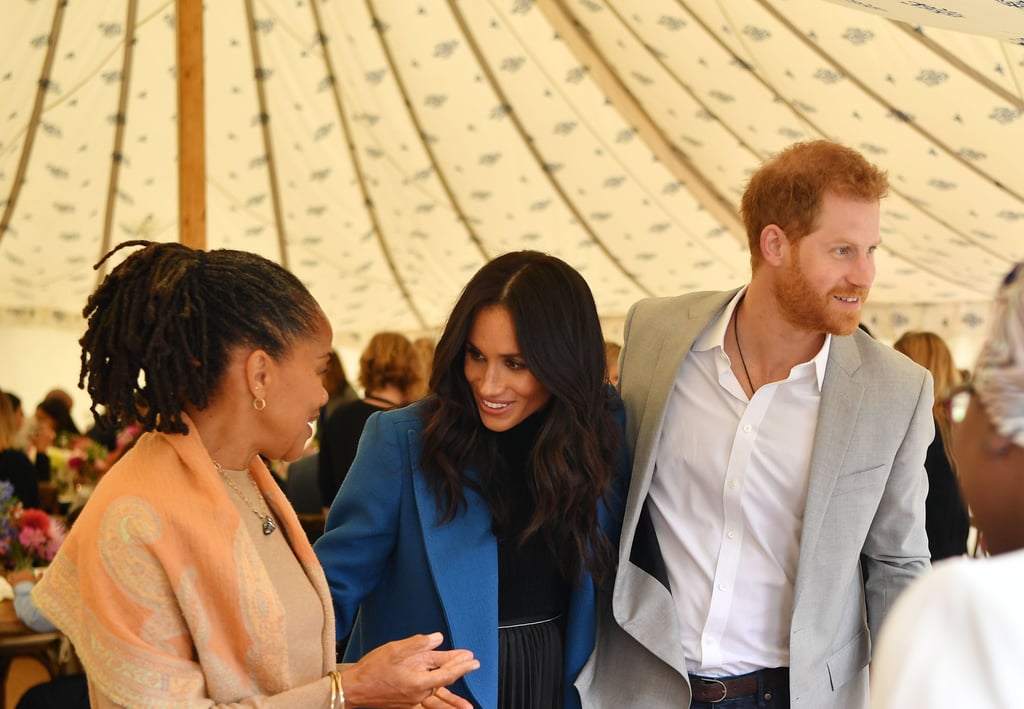 Prince Harry's Attempt to Steal Samosas Was Caught on Camera, and His Reaction Is Too Cute

Prince Harry continues to prove that he might be royal, but he's just like the rest of us. Apparently, he was feeling a bit peckish at Meghan Markle's cookbook launch on Thursday and couldn't help but to snag a few samosas while he walked around and conversed with attendees. While approaching a group of people, the Duke of Sussex was careful to keep his hands behind his back in an attempt to be inconspicuous. But his effort to remain on the DL didn't completely work, as an ITV camera caught him red-handed. He did a quick scan to see if anyone noticed, and did a double take when he saw that the camera was fixated on him and captured the whole thing. He flashed a charming smile and had to laugh at the entire situation. We sure hope those samosas were good since he went through all that to get them! Watch him try to carry out Operation Samosa in the video ahead, then check out photos of him at the event.

Meghan Markle
We Only Caught a Glimpse of Meghan Markle's $30 Maternity Dress, but It's So Worth It
by Karenna Meredith 2 days ago

The Late Late Show with James Corden
I'm Sorry, I Was Unaware Prince Harry Could Absolutely Crush a Spartan Race Course Like This
by Perri Konecky 3 days ago