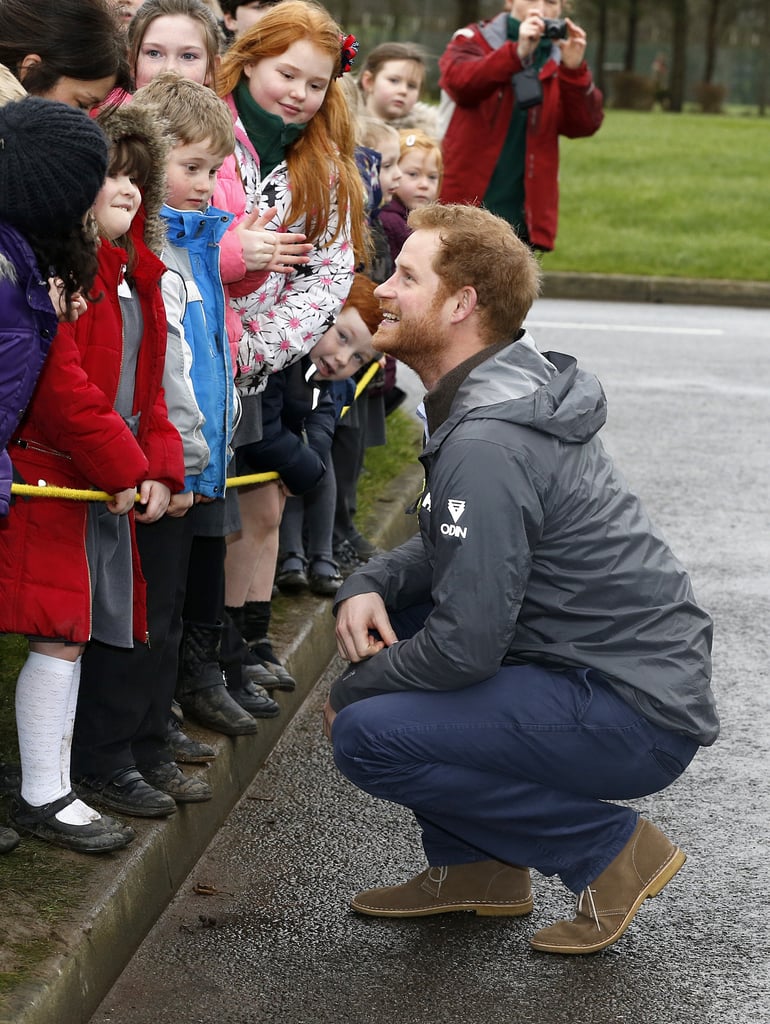 Prince Harry's royal charm truly knows no bounds. The 31-year old paid a visit to Lancashire, England, on Friday and met with local residents and soldiers at the Weeton Barracks; the Lancashire area was ravaged by flooding for more than four weeks in December, and nearly 500 soldiers gave up their Christmases with family to help others. Harry turned on the charm for the Army officers and was even more delightful while meeting a 97-year-old woman named Winifred Hodson and a group of children living on the base. The little ones were reportedly told that they would be meeting "a real-life prince" that day, and they couldn't have looked happier to be eye-to-eye with Harry, who knelt down to chat with them. An eyewitness told the Telegraph that the kids asked him a series of questions including "What's your favorite football team?" "Where's your crown?" and "How much money do you have?" Harry hilariously told the children that he could not answer the last question. Keep reading for all of Harry's sweet, silly photos from the visit, then check out his best moment with his grandfather Prince Philip.

Meghan Markle
Fans Are in Love With Meghan Markle's Sustainable Sapphire Ring, and We Can See Why
by Nikita Charuza 4 hours ago