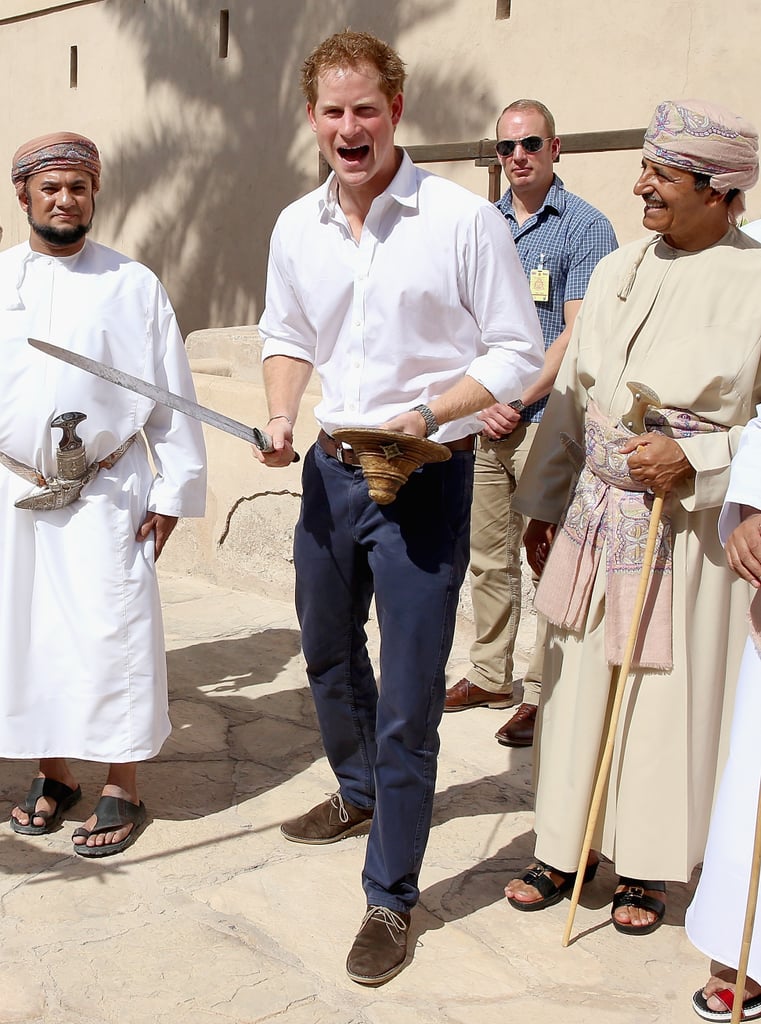 Prince Harry arrived in Muscat, Oman, on Tuesday, kicking off his three-day trip to the Middle East. This marks Prince Harry's first visit to the country, although his father and grandmother have visited in the past. Since the Sultan of Oman is ill, Prince Harry was greeted by his cousin. Prince Harry, who's been named the most popular British royal, visited Nizwa Fort on Wednesday. While he was there, he was presented with a sword and shield, and judging from his big smile, he was pretty excited about it. Prince Harry also met with traditional dancers at the national monument, and he's set to visit the Sultan Qaboos Grand Mosque. After his trip to Oman, Prince Harry will travel to Abu Dhabi, where he'll participate in the Sentebale Polo Cup at Ghantoot Racing and Polo Club. Take a look at all the best pictures from Prince Harry's trip, and then check out the must-see moments when royals mingled with celebrities, including Kate Middleton's Harry Styles introduction at the recent Royal Variety Performance.