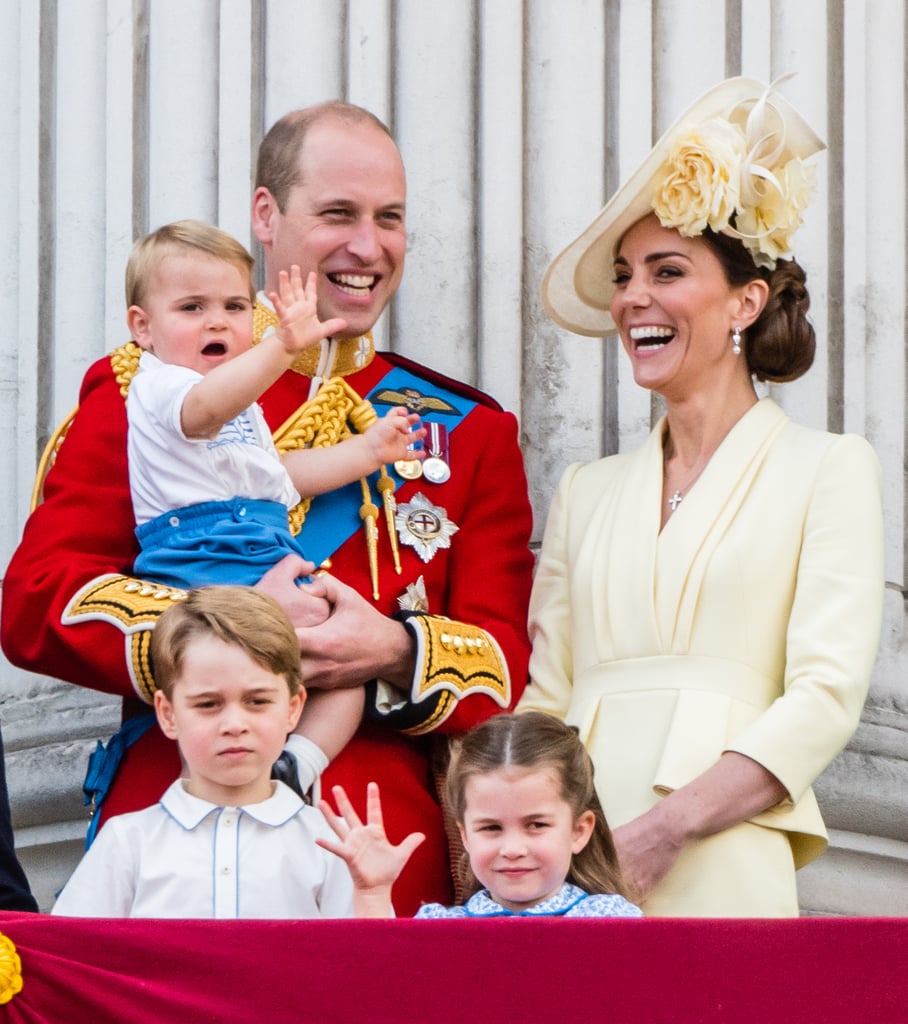 Prince Louis Made His First Trooping the Colour Appearance, and I Think I Have a New Favorite Royal

Prince Louis made his first public appearance at the annual Trooping the Colour, and boy, it was an adorable one. We wouldn't expect anything less from the youngest in the Cambridge clan, who we're pretty sure is on the way to becoming our our new favorite royal family member.

Although we've seen plenty of sweet photos of Prince Louis, seen snippets of him playing, and caught a glimpse of him sound asleep during his christening, he hadn't yet been to an official royal event, until now.

Since Trooping the Colour is such a fun event for the children, it was the perfect occasion for his first appearance. Moments before stepping out onto the balcony, he and sister Princess Charlotte enthusiastically pointed from the window. Louis was held by both Kate and William for the event and was excitedly pointing at the flypast; he's already a natural at waving, too. He most certainly stole the spotlight from his brother and sister, who are well-versed in waving and cheering.

Keep reading to see every photo from Prince Louis's first Trooping the Colour, and it sure was an adorable one.