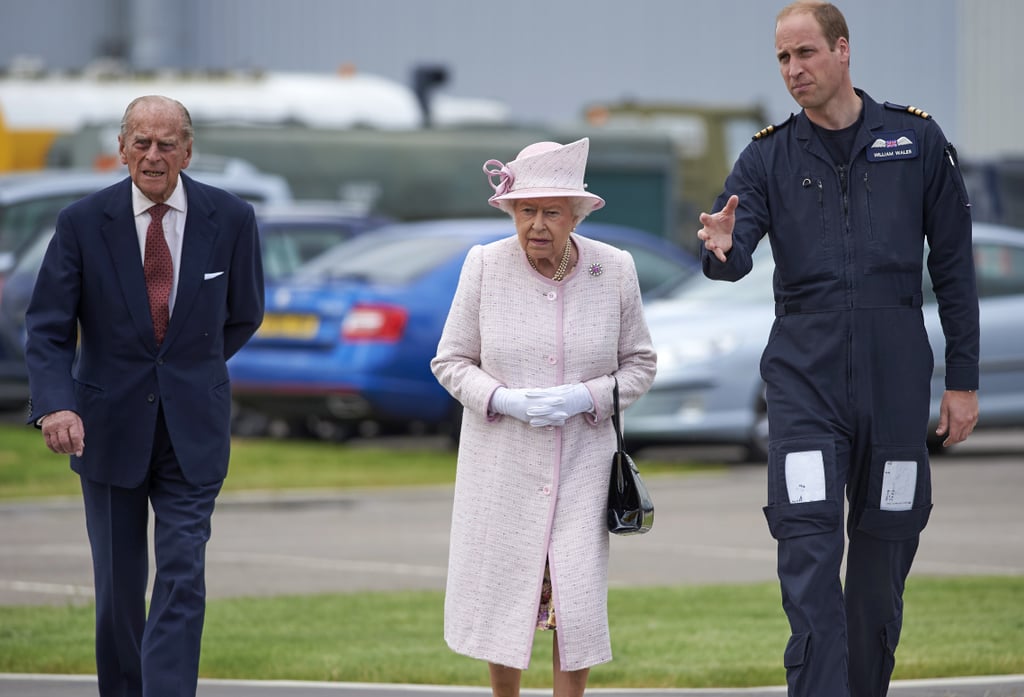 As the grandson of Queen Elizabeth II, Prince William deals with quite a lot. There are public (but adorable) scoldings from his grandmother and a whole slew of duties that he'll be responsible for taking over soon. Even so, the relationship that William shares with the queen is beyond cute, which was evident during the afternoon he spent showing her and his grandfather, Prince Philip, around the East Anglian Air Ambulance Base in Cambridge, England, on Wednesday. Kate Middleton's other half gallantly held the door open for his grandparents and gave each of them a kiss on the cheek before introducing them to a few of his colleagues and showing them the base's helicopters. Grandson of the Year, or what?