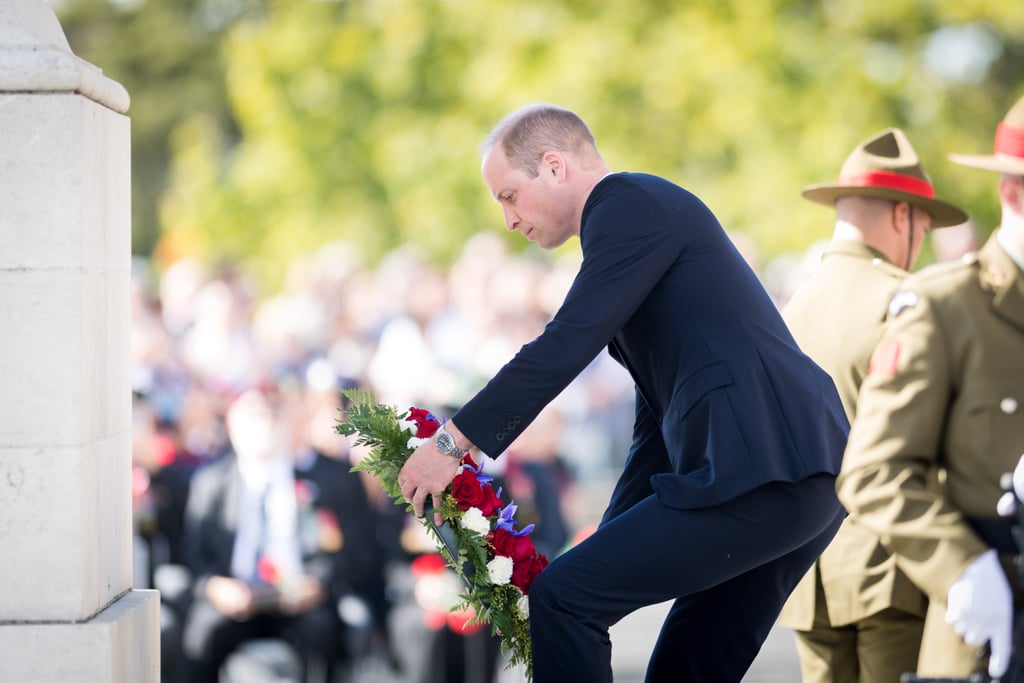 Prince William touched down in Auckland, New Zealand, on April 25 for a two-day visit honoring fallen soldiers and victims of the Christchurch mosque terrorist attack. He visited at the request of Prime Minister of New Zealand Jacinda Ardern and on behalf of his grandmother Queen Elizabeth II.

Ardern welcomed William to the country with a traditional Maori nose rub or "hongi" before he attended a service for Anzac Day, which paid tribute to fallen soldiers and veterans of Australia and New Zealand. He placed a wreath at the foot of a monument honoring the military, with a note he wrote, which read: "We will never forget the sacrifice of the Anzacs. With deep gratitude, William."

On Friday, the prince met survivors of the Christchurch attacks, their families, first responders, and Muslim community leaders at the Al Noor Mosque, the Linwood Islamic Centre, and Christchurch Hospital, where some survivors are still receiving treatment. The prince also visited a memorial site for victims of the 2011 earthquake in Christchurch, where he laid a wreath "in remembrance of those we lost."