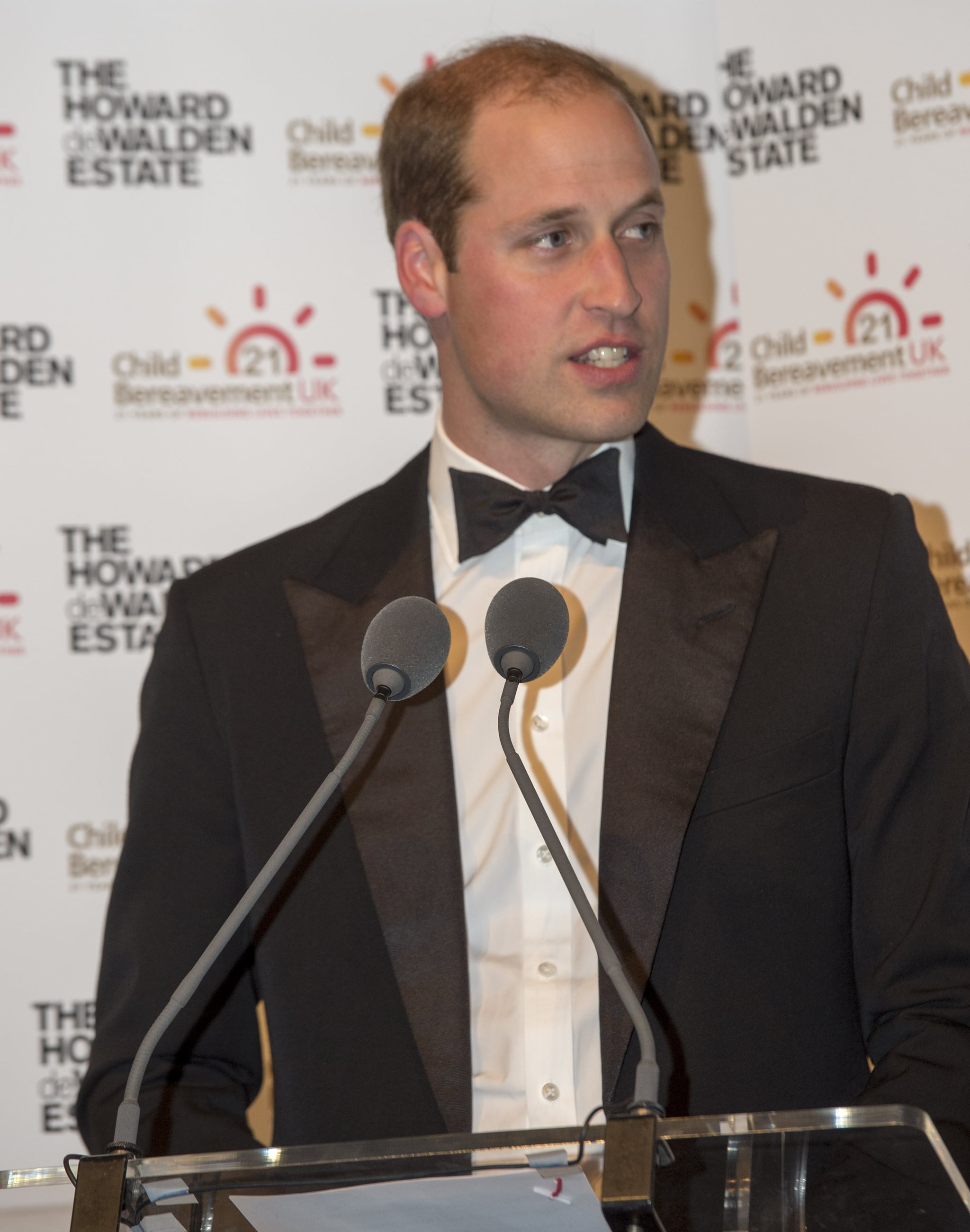 Prince William honored Princess Diana during a gala celebrating the 21st anniversary of the Child Bereavement charity in London on Thursday. "Twenty-one years ago last month, my mother attended the launch of the Child Bereavement charity," he said. "Fifteen years later, I was honored to be invited to become patron of Child Bereavement UK to continue my mother's commitment to a charity which is very dear to me." Prince William went on to talk about the difference CBUK makes ­in the lives of bereaved families, saying, "What my mother recognized back then ­and what I understand now is that grief is the most painful experience that any child or parent can endure."

The gala came at the end of a busy week for Prince William, who stepped out with Kate Middleton on Saturday to meet with young people who have suffered from mental health issues. Later, the couple also made their way to the Rugby World Cup, where Kate's many facial expressions were on display. Check out the year's best pictures of the British royal family, plus Will and Kate's sweetest 2015 moments.