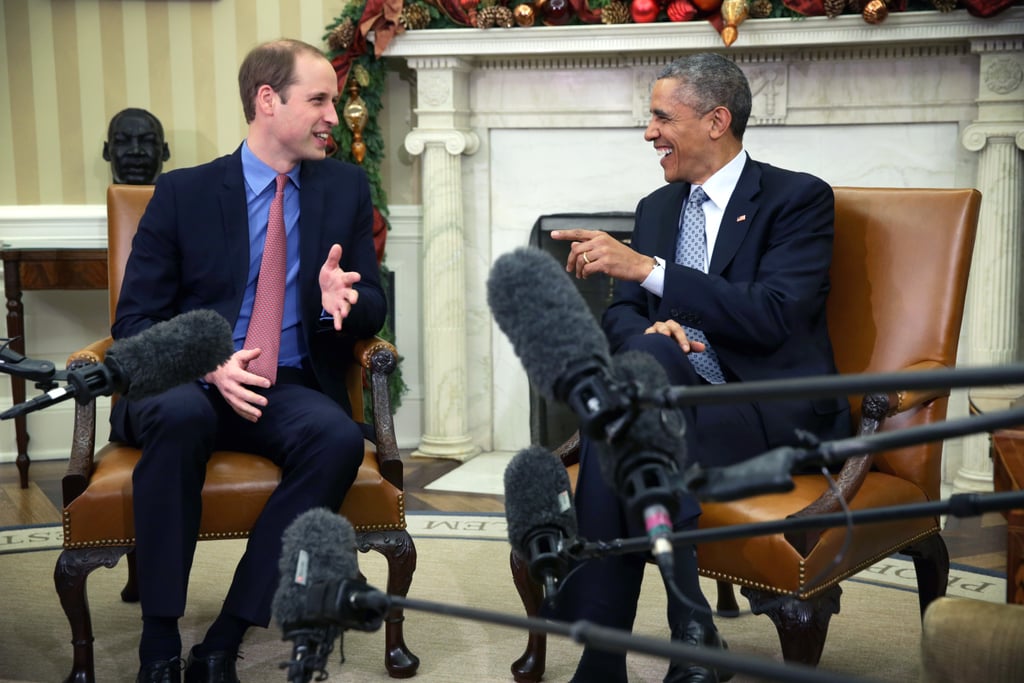 Prince William made his way to the White House on Monday, visiting with President Barack Obama in the Oval Office as part of Will and Kate's official visit to the US this week. While Kate stayed in NYC for the first part of the day, Will spent time in Washington DC to attend the International Corruption Hunters Alliance conference, making a stop at the White House to meet with the president. Prince William reportedly joked with Obama about Prince George's birth and the gender of royal baby number two, saying, "Last time, I remember when George was born, I forgot to actually work out if it was a boy or a girl. The excitement of the event and everything else was just chaos . . . It's going to be interesting next year. A busy year next year." Watch footage of the pair's Oval Office meetup below, then check out Will and Kate's photogenic arrival in NYC, plus their cutest snaps of the year!

Miles Teller
Miles Teller Recalls Breaking Royal Protocol With Will and Kate: "I Felt the Vibe"
by Chandler Plante 15 hours ago