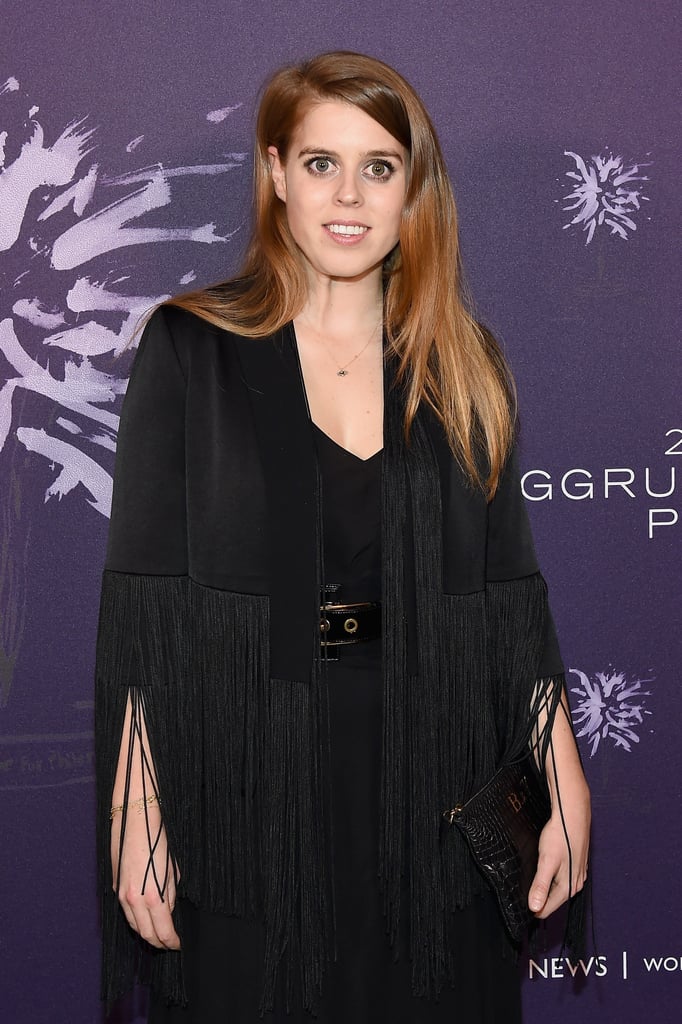 The New York Public Library had a regal guest in the vicinity on Monday. Princess Beatrice of York was in attendance at the Third Annual Berggruen Prize Gala, and when she wasn't serving us an entrée of style, she was flashing a bright smile at cameras. The 30-year-old British royal donned an all-black outfit with fringe details and a clutch purse as she enjoyed the philanthropic event.

She spent the evening with a number of other prominent figures and celebrities, including Karlie Kloss. The two posed together for a few snapshots while talking and laughing. Beatrice also even got a few photos with the chairman of the Berggruen Institute, Nicolas Berggruen. The Berggruen Prize Gala is held every year to award a notable figure in the fields of philosophy and culture with a $1 million prize.

Beatrice certainly isn't one to shy away from going to events and galas. Earlier in November, she was a velvet vision at a London fundraiser in aid of Teenage Cancer Trust & Teen Cancer America. She also continued her four-year streak of attending WE Day UN. But she also doesn't mind paying visits to a few swanky clubs and fancy parties.

The princess's most recent appearance also comes weeks after news broke of her new boyfriend, multi-millionaire property developer Edoardo Mapelli Mozzi. The two have kept their romance pretty quiet, but we're patiently awaiting their debut outing as a couple. Until then, look ahead to see more pictures of Beatrice living her best life — and making us wish we could join her — at the Berggruen Prize Gala.

The Royals
Prince Charles Honors Prince Philip in Video Message: "I Miss My Father Enormously"
by Kelsie Gibson 4 days ago