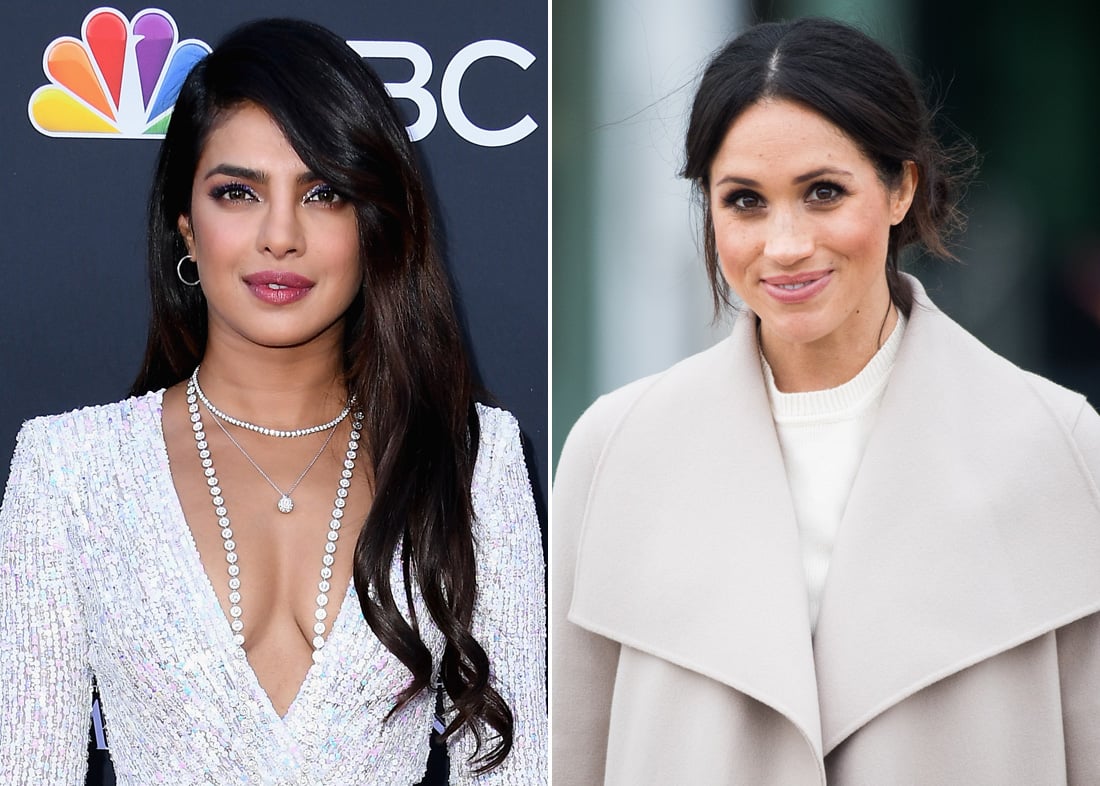 Priyanka Chopra is coming to the defense of her friend Meghan Markle. The Duchess of Sussex has been under public scrutiny since becoming a part of the royal family, often being called "difficult" and "demanding." But Priyanka — who has been friends with Meghan since 2016 and even attended her royal wedding — is pushing back on the hate.

In an interview with The Sunday Times, the actress calls out hypercritical reports about Meghan, saying, "I've seen that, and it's really unfortunate. But if there's anyone who can handle it, it's her." When asked if she believes the negative depictions of the duchess, who is biracial, have to do with her cultural background, she responded, "For sure, 100 percent. Of course it has to do with racism, it's an obvious reason. But the beauty of Meg is that she's been herself through all of this. A lot of people got to know her after everything [once she started dating Harry], but I knew her before, and she's the same chick."

The actress went on to praise her friend of three years for continuing to support important social causes. "Now that she's got a real platform, she talks about the same things she always did," she said. "We spent hours speaking about the difference that influence and dialogue can make to the world before this whole thing happened. So what you see now is authentically her. She's always been the girl wanting to move the needle."

Priyanka's sentiments also echo those of George Clooney and Oprah Winfrey, who have defended Meghan against disparaging reports. In March, George told Good Morning Britain that certain portrayals of Meghan are "a little unfair," adding, "She's a really kind and smart and intelligent young woman." The following month, Oprah spoke to CBS This Morning about the duchess, saying, "She is not only everything that we perceive of her in being graceful and dynamic in holding that position, but she just has a wonderful, warm, giving, loving heart."