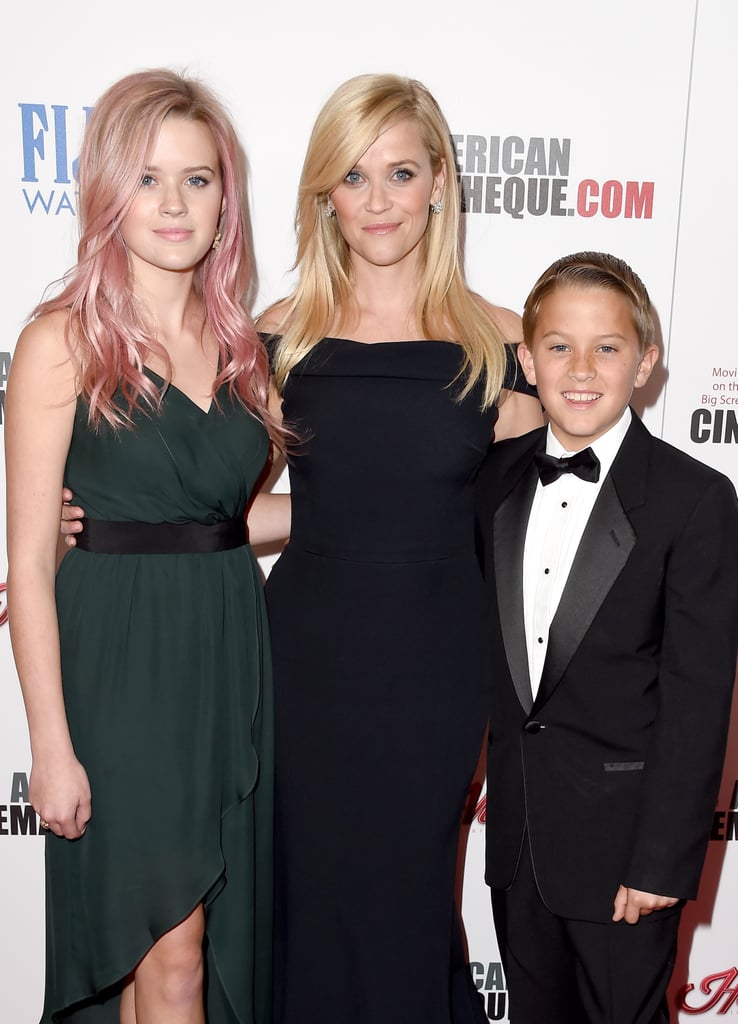 Reese Witherspoon was the woman of honor at the American Cinematheque Awards ceremony in LA on Friday night. Her dates were none other than her adorable 13-year-old son, Deacon Phillippe, and her gorgeous lookalike daughter, Ava; the 16-year-old stunned alongside her famous mom in a dark green gown.

The American Cinematheque award recognizes those making significant contributions to the film industry. Reese, who produced both Gone Girl and Wild last year, was given her statue by the 2014 recipient, Matthew McConaughey, with whom she also starred in the 2012 thriller Mud. The event also brought out some of Reese's A-list gal pals, including a pantsuit-clad Kate Hudson, the always-sexy Sofia Vergara, and a newly single Jennifer Garner, who was beaming while posing for photos in a dusty pink dress. Also on hand was Jennifer Aniston, who skipped the red carpet but showed up inside to mingle with her Hollywood contemporaries and speak on stage. Keep reading for all the glamorous photos from Reese's night out with family and friends, then see all the sweet social media snaps she's shared of her three children.