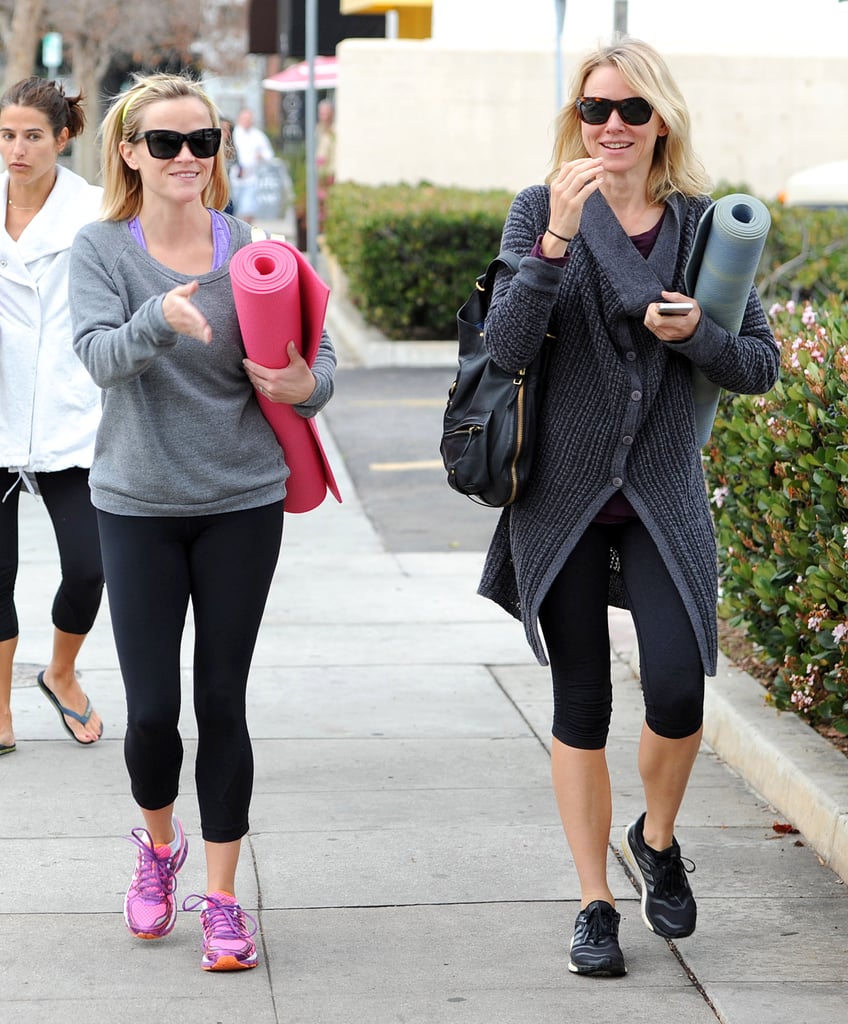 It's Official: Reese and Naomi Are Yoga Pals

Just a few weeks ago, we saw the blond buddies heading to a yoga class in LA's Brentwood neighborhood, and today, they showed up again. We can't help but wonder if they're also getting tips from Jennifer Aniston's yoga instructor!

It's a busy time of year for Reese Witherspoon and Naomi Watts, who have already made their mark on award season. They were both at the Golden Globes — Reese presented an award, and Naomi accompanied her partner, Liev Schreiber, who was nominated for his role in Ray Donovan. Reese was back on the red carpet recently, when she hosted a Stand Up to Cancer event in LA just last week, and Naomi spent the weekend riding bikes with her adorable family.