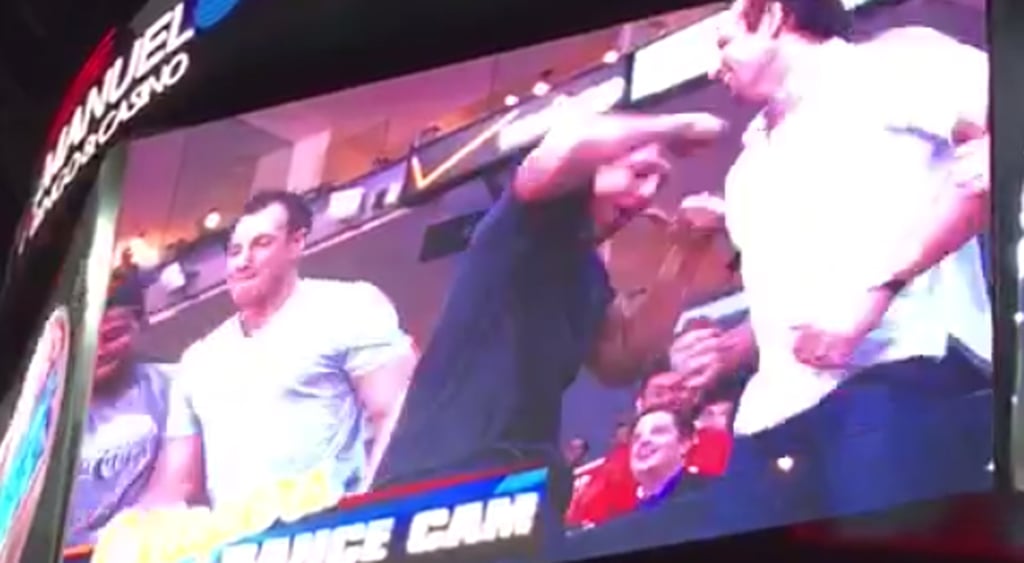 The dance moves that captured the crowd's attention at Monday's LA Clippers game didn't come from the cheerleaders, but from New England Patriots tight end Rob Gronkowski. The athlete was at the game with his brothers when they were featured on the Dance Cam. Instead of shying away, Rob got down and did his best booty shake for everyone in the crowd. As they cheered, he worked in some arm movements and wore a hilarious expression on his face. Keep reading to watch him shake it on the big screen, then see Rob's softer side with a video of him tossing signed footballs into the crowd.