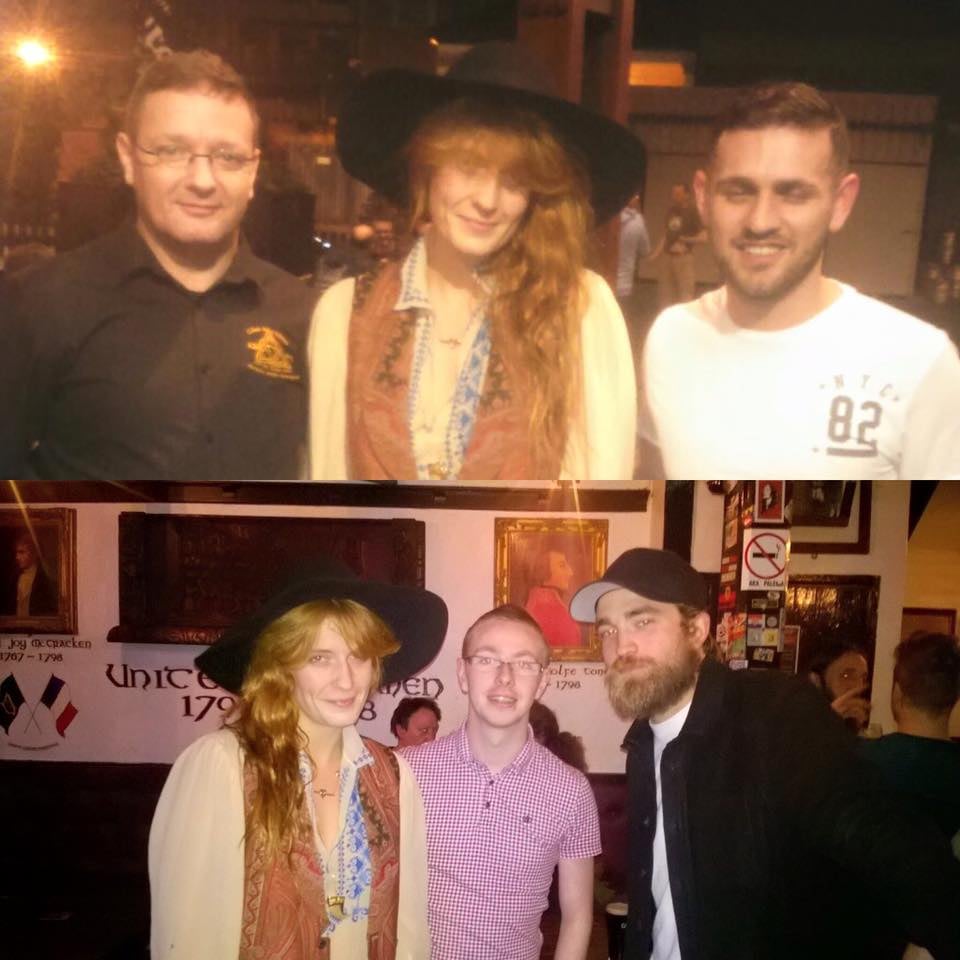 Robert Pattinson is really making the rounds in Belfast, Northern Ireland. The actor, who is in town shooting his new movie The Lost City of Z with Charlie Hunnam, was spotted having a fun night out at Kelly's Cellar with Florence Welch of Florence and the Machine on Tuesday night. The pals enjoyed a few drinks and took photos with fans at one of the city's oldest pubs. Kelly's posted the snapshots on its Facebook page, with the caption, "Florence Welch and Rob Pattinson in sampling Belfast's one and only Kelly's Cellars!" Their night out came one day before Florence performed the first gig at Belfast's newly renovated SSE Arena on Sept. 9. Since arriving in Belfast earlier this Summer, Rob also crashed a local wedding and took a photo with Charlie Hunnam and one very lucky fan. See his latest photos above, and then check out his most recent outing with his fiancée, FKA Twigs.