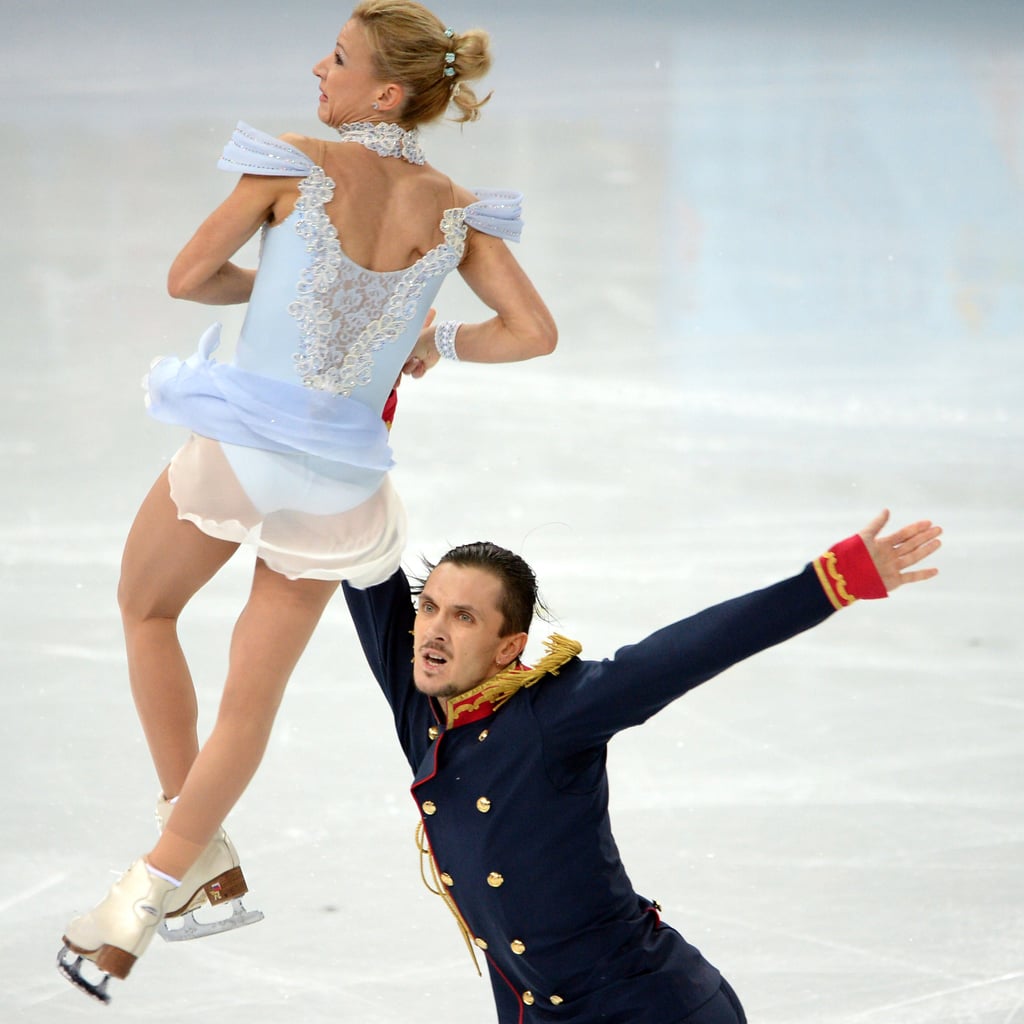 Disney Look-Alike Figure Skaters Get Best Score of All Time

Dressed in costumes that evoked Cinderella and her prince, Russian figure skaters Tatiana Volosozhar and Maxim Trankov were poised to take the gold medal in pairs figure skating Wednesday, after a dominating record-breaking performance Tuesday night. The so-called "dream team" partners, who competed against each other in the last Olympics, beat the record for best score ever recorded with a 84.17. In fact, they beat themselves, since they held the previous record, too. The pairs competition is filled with compelling stories. The Chinese team is engaged, and Canadian skater Eric Radford actually composed the music he and partner Meagan Duhamel danced to. But it was all about Tatiana Volosozhar and Maxim Trankov's commanding short program performed to a waltz. Check it out now. And if you want to know how they did in the medal round before it airs in prime time: here are the results!