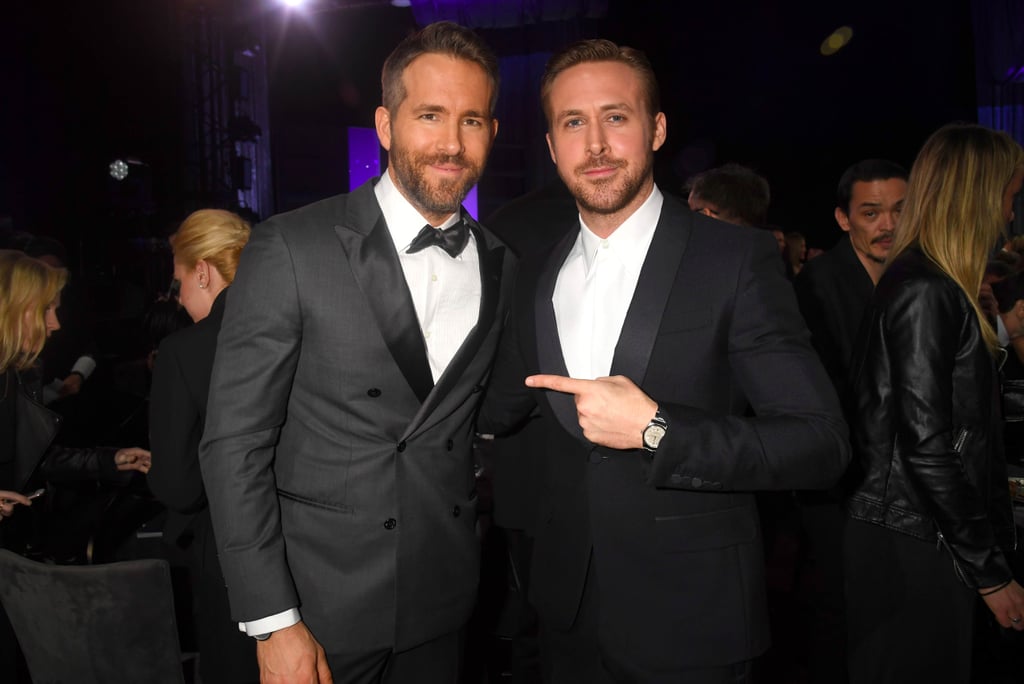 After a rough 2016, it's almost as if Ryan Reynolds and Ryan Gosling knew that they needed to join forces to make the world a more beautiful place. And that's exactly what they did when they attended the 2017 Critics' Choice Awards in Santa Monica on Sunday night. The two actors, who previously shared the stage at the 2005 Teen Choice Awards, fangirled over each other when they hugged and chatted backstage. In addition to Gosling pointing at Reynolds, Reynolds also adorably kept an arm around Gosling's back during their exchange. Honestly, if it was us, we wouldn't let go either.