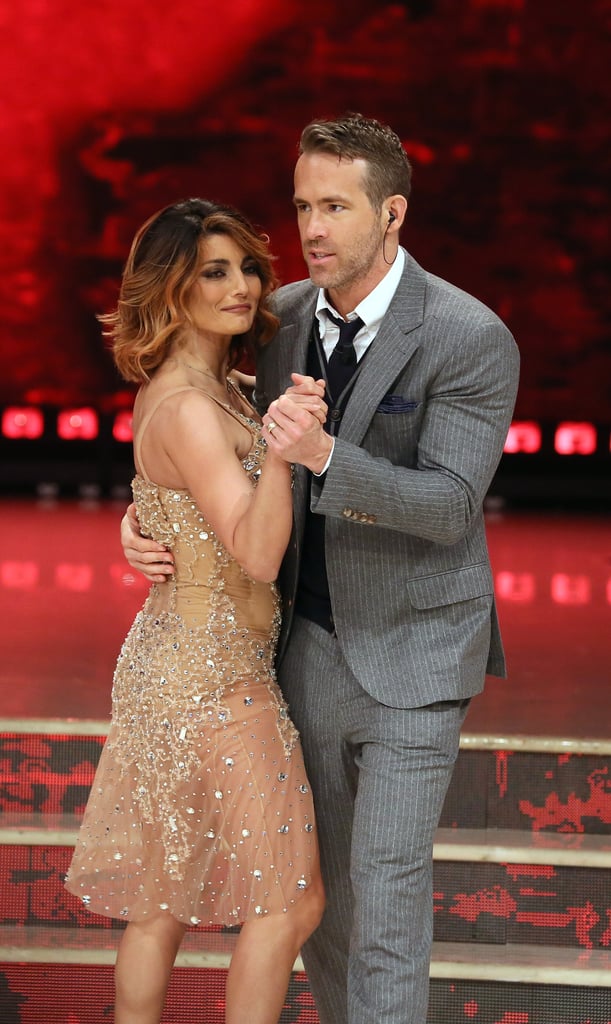 Ryan Reynolds checked another item off his bucket list on Saturday when he performed on Ballando Con Le Stelle, also known as Italy's version of Dancing With the Stars. The 41-year-old actor and father of two hit the dance floor with pro dancer Samantha Togni and showed off his foot skills. Ryan's Deadpool 2 costar Josh Brolin also performed a number of his own and later revealed the entire stunt was all his idea. "I made a wish come true last night," Josh wrote on Instagram. "Ryan has always wanted to do Dancing With the Stars Rome with an incredibly handsome curmudgeon. Well, last night I made his dream a reality. It was good for me too."

Related:
Ryan Reynolds Has the Perfect Reaction to Blake Lively Unfollowing Him on Instagram

The 50-year-old also joked that shooting Deadpool 2 was "a difficult process," writing, "[T]here was a lot of strife between us, a lot of hatred and baggage. We let it go for just a night – one night – and what a night it was." Ha! See more photos from Ryan's DTWS debut, including his (many) hilarious facial expressions, ahead.