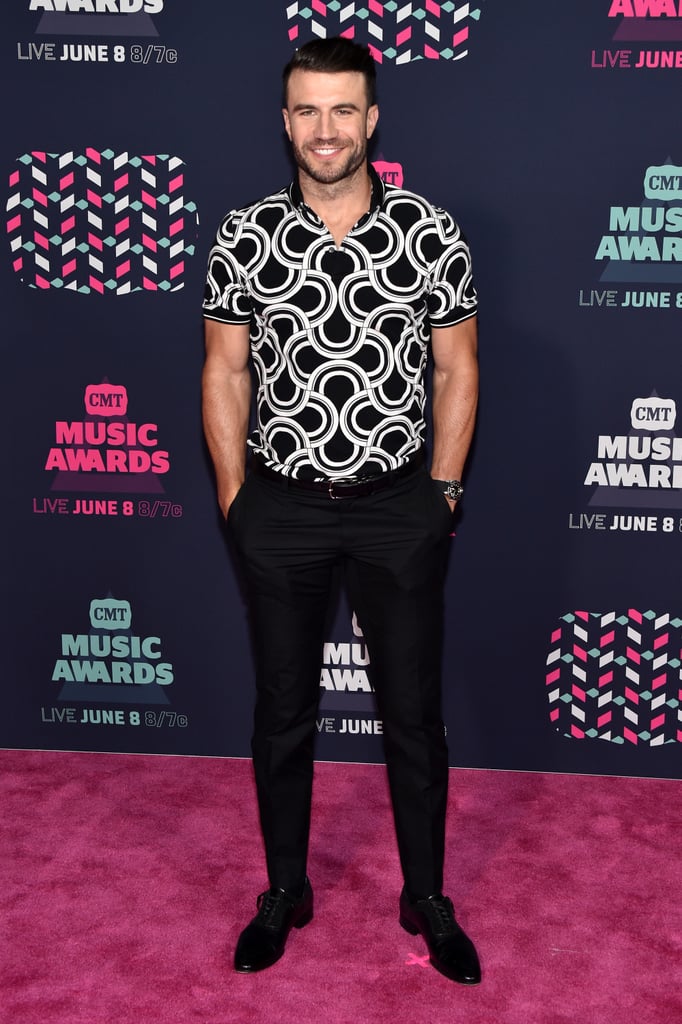 Sam Hunt was all about the fans when he arrived at the CMT Music Awards in Nashville on Wednesday night. The country heartthrob — who kept things cool in a black and white button-up shirt — stopped to greet and take selfies with a few lucky fans before making his way onto the red carpet. Inside, Sam linked up with pal Tim McGraw, who took home the coveted video of the year award.

Just last month, Sam heated up the Stagecoach music festival with his rugged good looks, which were thought to have caught actress Kaley Cuoco's eye in February, but according to the singer, he's not dating anyone. "I am [single]," he told CMT on the red carpet after they mentioned his new song, "Single For the Summer." "It's the beginning of the summer . . . I am." Despite his free-agent status, Sam also mentioned, "I'm not at the same place I was when I wrote this song a few years ago" and that he's "hoping there's a possibility" he finds someone special by the Fall. Keep reading for more of his night, then check out 29 sexy Sam photos that will make you a country music fan.