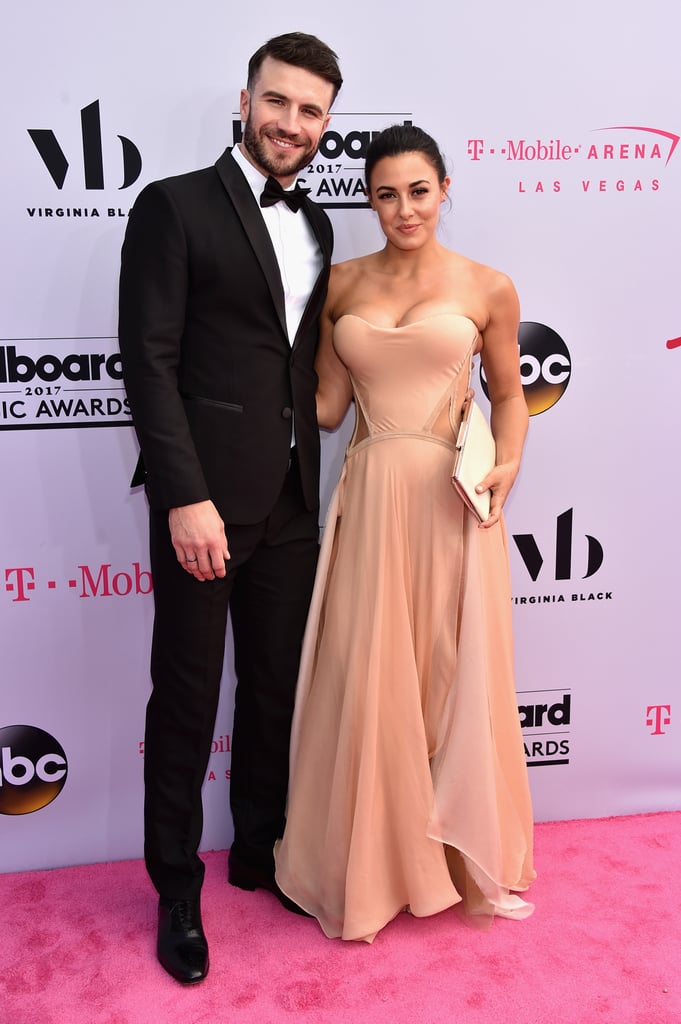 Sam Hunt had his wife by his side at the Billboard Music Awards in Las Vegas on Sunday. The country singer recently tied the knot with Hannah Lee Fowler, and he gushed about being a married man when he chatted with E! on the red carpet. "She's beautiful, isn't she?" he said. With a nod to his wedding band, he added, "There's a spiritual strength to it, and I feel a little bit taller now that I'm wearing it."

The couple's first red carpet appearance at the Billboard Music Awards came just weeks after he serenaded his other half at the ACM Awards. She blushed as he performed "Body Like a Back Road" with his arm around her, prompting fans everywhere to swoon. File under: yet another reason to love him.

Celebrity Homes
Come On In! These Are the Best Celebrity Home Backgrounds From the Golden Globes
by Lauren Harano 2 days ago

Celebrity Couples
No, Jodie Foster Did Not Set Up Shailene Woodley and Aaron Rodgers
by Grayson Gilcrease 2 days ago

by Lauren Harano 1 hour ago