Can someone check on Sarah Paulson? Because it looks like the American Horror Story actress might have had a heart attack after bumping into Madonna on the red carpet at the Met Gala on Monday. As you can see in the hilarious photo above, the camouflage-clad music legend was busy posing with designer Jeremy Scott when Sarah spotted her from behind. Being a low-key superfan of Madonna's (Like a Virgin was the first album she ever bought!), she naturally freaked the f*ck out. Luckily she calmed down enough to help Madonna out with her lengthy train and the two shared a funny moment together. We thought nothing would be able to compete with Rihanna's epic moment at this year's event, but we might have a winner. 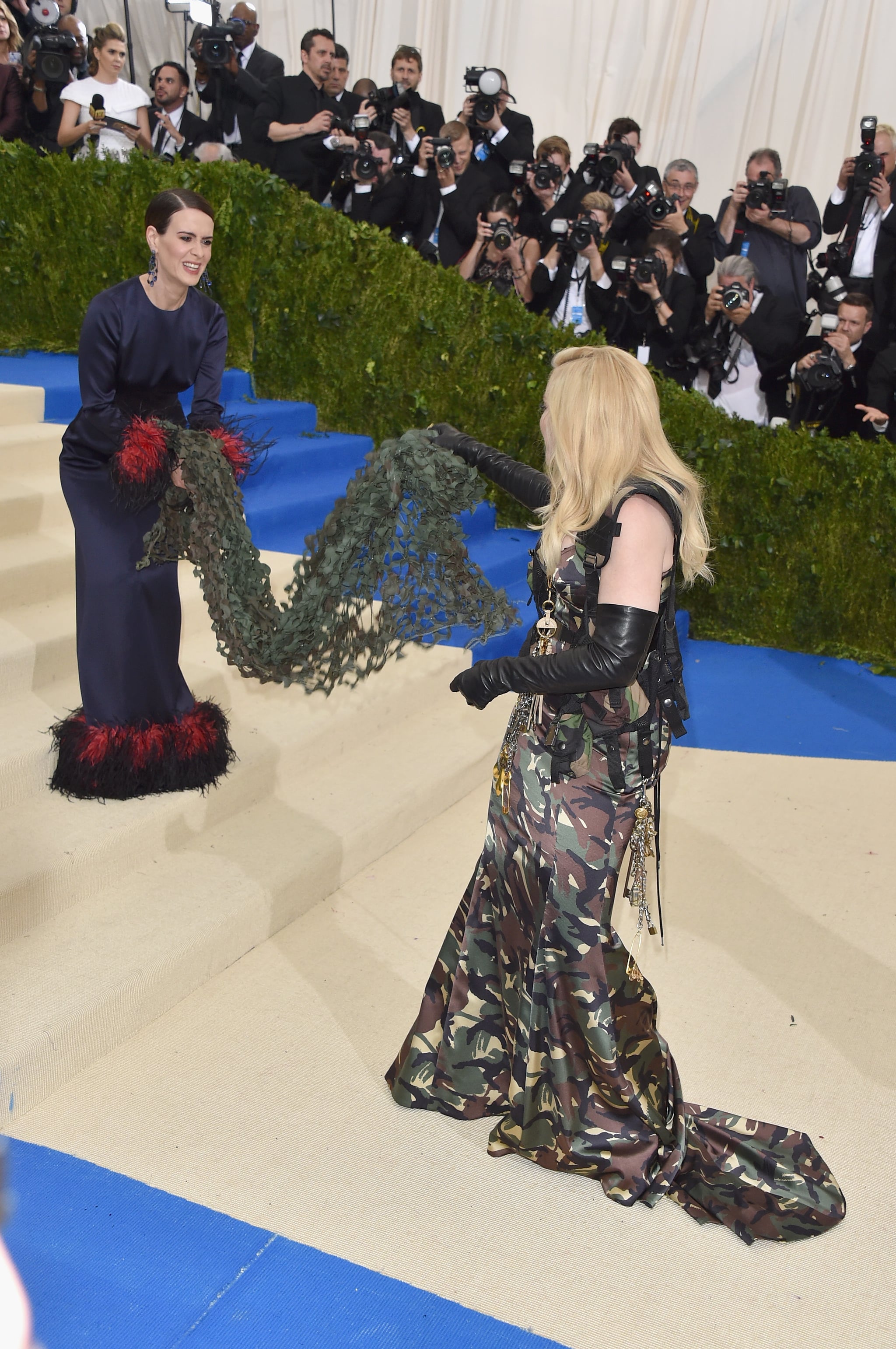 Celebrity Hair
BAFTA Awards 2021: These Were the Best Celebrity Hair and Makeup Looks of the Night
by Sophia Panych 3 days ago