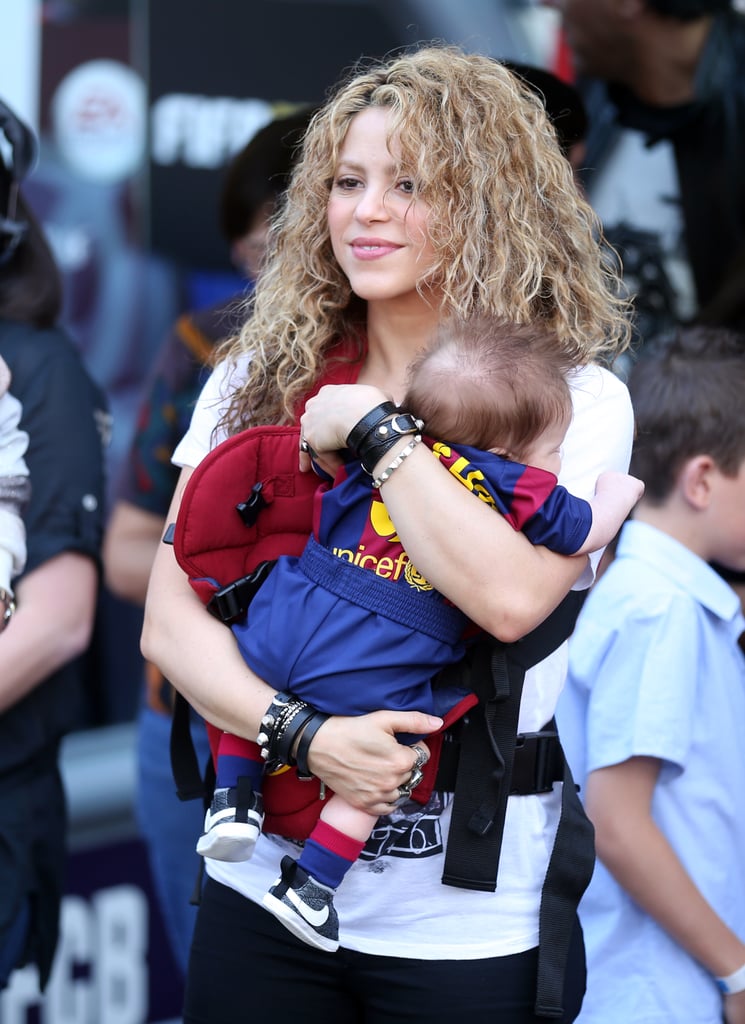 Shakira Brings the Kids to Cheer For Gerard Piqué — See the Cute Pics and PDA!

Shakira brought little Milan and baby Sasha to cheer on Gerard Piqué during his Saturday soccer match in Barcelona, Spain. The world-renowned pop star sweetly held her baby close during the game, and Gerard came over at one point for a kiss. He also held both the little ones during an adorable photo op on the field. It's only been two months since Shakira became a mom for the second time, and just this week, she shared an aww-inducing new picture of Sasha. Considering we've already got plenty of cute pictures of little Milan, we'd say we're practically overloaded with cuteness. But since we'll never really have enough, keep reading to see the pictures from their latest family outing.

The Royals
Meghan Markle Hinted at Her Due Date, and the Baby Will Be Here in No Time!
by Murphy Moroney 8 hours ago

The Royals
Meghan Markle Shared That Archie's New Favorite Word Is "Hydrate," and Talk About Advanced!
by Murphy Moroney 8 hours ago

Critics' Choice Awards
You Bet Jason Sudeikis Wore a Hoodie, and It Was a Sweet Nod to His Ex Olivia Wilde
by Sarah Wasilak 9 hours ago

Keke Palmer
Who Is Styn? Keke Palmer's Boyfriend Is a Man of Many Talents
by Corinne Sullivan 3 days ago

Halloween
Kristen Bell's Kids Clearly Take After Their Parents, 'Cause Their Latest Prank Is Hilarious
by Yerin Kim 4 days ago