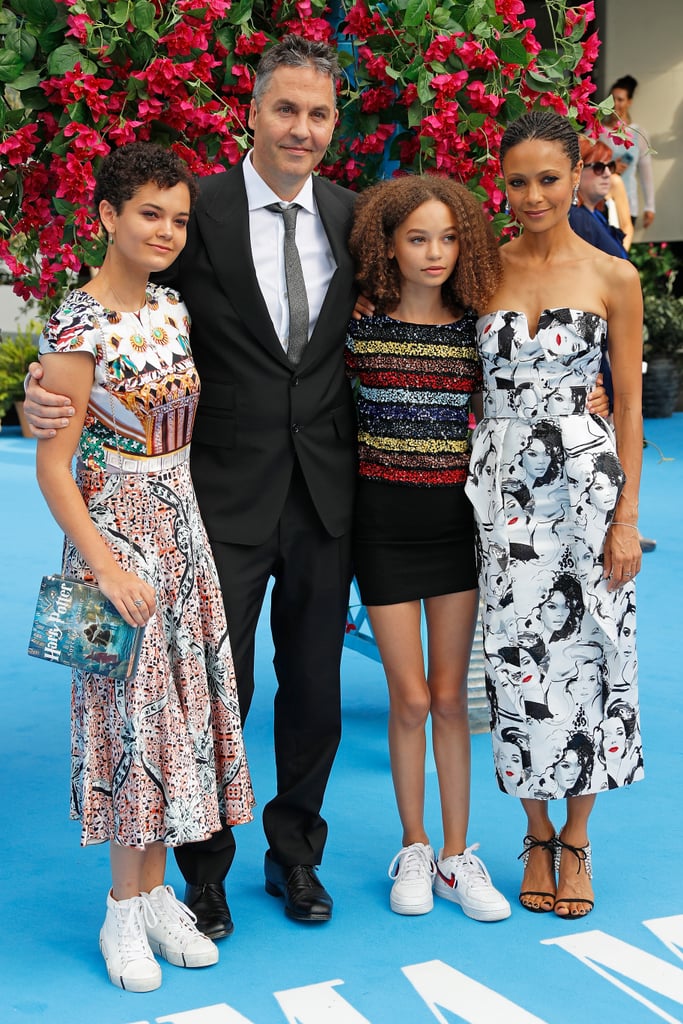 Thandie Newton was joined by her husband of nearly 20 years, director Ol Parker, at the UK premiere of Mamma Mia! Here We Go Again in London on Monday. The stunning Westworld star also had two of her three children in tow: 17-year-old daughter Ripley, who carried a cool Harry Potter book clutch, and 13-year-old Nico, who is preparing to make her acting debut in Disney's live-action Dumbo movie next year (and is pretty much the spitting image of her famous mom).

Thandie posed with Ol — who wrote and directed the highly anticipated Mamma Mia sequel — and their gorgeous girls on the red carpet ahead of the screening, which also brought out cast members Meryl Streep, Amanda Seyfried, Lily James, and Cher. Ol and Thandie have been married since 1998 and are also parents to 4-year-old son Booker. Keep reading to see their sweet family outing!